Why estimates of the ‘cost’ of climate action are overly pessimistic The “cost” of cutting greenhouse gas emissions is often used to argue that tackling climate change is expensive. But this provides a skewed image to policymakers and stakeholders.

In our paper, published in Nature Climate Change, we describe how treating climate impacts separately to the question of how to reduce emissions has created room for policymakers to focus only on the apparent cost of mitigation, ignoring the benefits of climate action.

With the release in a couple of weeks of the report from the Intergovernmental Panel on Climate Change (IPCC) on how to reduce emissions – known as mitigation – there is an opportunity to clarify these issues and ensure a more balanced conversation about the economics of tackling climate change.

Costs of a changing climate

Assessing the cost of any policy is challenging because it involves comparing the estimated cost with a reference scenario that is as close as possible to what would happen without the policy in question.

This counterfactual – interchangeably referred to as the baseline, reference, benchmark or business as usual – needs to be as realistic as possible to give a meaningful analysis of what we stand to gain (or lose) from enacting the policy. With that in mind, most reference scenarios have important shortcomings.

Perhaps the most important omission is that estimates of the cost of mitigation do not account for the impacts that we would avoid if we tackle climate change. In other words, the reference scenarios do not realistically represent the cost of doing nothing.

The IPCC concluded in its latest review that the threat to human wellbeing is “unequivocal” and that rising global temperatures have already caused “substantial and increasingly irreversible” losses across the world. The economy feels those impacts through the loss of agricultural productivity, heat-related illness and death, damage to infrastructure from extreme weather and loss of biodiversity, among other ways.

If the reference scenario fails to include the cost of these climate impacts to the economy, then estimates of the cost of mitigation, in turn, do not capture the economic benefits of avoiding them.

The language of IPCC reports

The figure below shows how the cost of tackling climate change has been represented in successive IPCC reports, from the first assessment report in 1990 to the special report on 1.5C in 2018.

Early IPCC reports explored the cost of tackling climate change quite theoretically, with no estimates of costs and benefits available at the time of the first assessment report. But the IPCC’s treatment of mitigation costs has gradually shifted towards being more quantitative as the literature has progressed.

To explore low-carbon transitions, researchers employ mathematical tools that integrate the economy, energy, climate and land-use sectors. While these vary widely in their structure, behaviour and complexity, we will use the term integrated assessment models (IAMs) here for simplicity.

Nearly 25 years after the first IPCC report, modelling approaches to estimate the cost of mitigation have grown significantly in number and sophistication, with more than 900 scenarios assessed in the IPCC’s fifth assessment report released in 2014.

Studies that include economic impacts of climate change in detailed-process-based IAMs are emerging in the literature that the IPCC assesses, but robust comprehensive estimates are not yet available.

Part of the reason is there are significant challenges in estimating aggregate impacts of climate change, including data gaps and the ethics of assigning value to human lives, biodiversity or cultural heritage.

Climate change also increases the risks of extreme events at the “tail end” of distributions – that is, low-probability but high-impact events that can potentially cause catastrophic and irreversible damage. However, the high uncertainty attached to the economic implications of such events means that including them in numerical cost estimates may further obscure, rather than clarify, policy options.

Even without that new literature, however, already published studies indicate that uncertainty about the extent of climate damages and the risk of “tipping points” warrant ambitious climate action.

The IPCC recognised back in its second assessment report in 1996 that what matters in estimates of the cost of mitigation is the “net” cost – that is, the difference between the upfront expenditure and any benefits gained from enacting the policy.

In addition to “avoided impacts”, well-designed climate policies can result in co-benefits, such as less air pollution and better respiratory health. These benefits may offset the costs of taking action and potentially deliver net benefits overall. Moreover, they are desirable from a welfare standpoint.

By failing to take into account these potential co-benefits, most reported estimates of the cost of climate action represent only the gross costs of mitigation.

A more relevant question might be how to implement mitigation in a way that is compatible with improving human welfare or promoting sustainable development.

Minor losses to a wealthier world

Another factor that is often missing from discussions about the cost of tackling climate change is that the world is expected to get much richer, even after accounting for the cost of mitigation.

In the IPCC’s fifth assessment report, consumption grows by 300-900% over the course of the century, while the gross cost of mitigation is in the order of 10%.

In other words, focusing on the losses to GDP or consumption compared to a reference masks the fact that these are minor losses to a world that grows wealthier with time.

The figure below shows the results from four IAMs with scenarios that combine middle-of-the-road socio-economic assumptions (Shared Socioeconomic Pathway; SSP2) with five different levels of mitigation ambition, as measured by the “carbon efficiency” –  the ratio of gross domestic product (GDP) to carbon emissions. Thin black lines indicate per-capita GDP for milestone years for each model. The near-vertical nature of the lines indicate that comparable levels of per-capita income can be achieved even if carbon efficiency increases by a factor of five.

This presentation of the economic impacts of mitigation could be reinforced in IPCC reports, emphasising that steady economic progress is consistent with reaching the climate goals of the Paris Agreement.

In addition to highlighting the small relative consumption losses overall, IPCC assessments could put more emphasis on how the costs of mitigation are distributed across geographies, income classes and socioeconomic groups.

Furthermore, the limitations of GDP as a mitigation cost metric should be clearly acknowledged, alongside reporting broader and additional welfare metrics such as distribution of income. This will enable a science-based societal debate and the design of measures to ensure a fair transition. Still, when extending the concept of GDP to properly account for the environment, evidence from the US suggests that environmental regulation brings macroeconomic benefits, not costs.

We consider a final aspect that distorts estimates of the cost of tackling climate change. This is the fact that the stylised world view often adopted in modelling behaves markedly differently from reality.

The majority of models used to explore low-carbon transitions make several assumptions: people make rational choices under perfect information, markets operate under perfect competition (no market power) and goods, capital and workers move across sectors of the economy without transaction costs. Such models also imply optimal investment in research and development to produce innovation in new technologies and market design. Clearly, this is not how the real world works.

The real-world economy is characterised by biases and imperfections in information, competition and access to capital, as well as by limitations to the flow of goods, capital and labour, across regions, sectors and social classes. Such imperfections are often referred to as “market failures”.

While simplifications are useful for modelling complex systems, such as the global economy, it means that most current reference scenarios do not capture irrational behaviour. Humans often behave in ways that are detrimental to our health, wellbeing and purses (for example, unhealthy diets). By not allowing for this, current scenarios also leave no margin for welfare gains from policies that spur energy efficiency or nudge people towards healthier lifestyles.

The figure below is a conceptual representation of conventional estimates of the cost of climate action and the impact on the economy of the three “missing” aspects discussed above: climate impacts, co-benefits and (institutional or behavioural) imperfections.

The potential contribution of each of the three “missing” aspects is shown in the short-term (up to 2050, top row) and long-term (second half of 21st century, bottom row). The right-hand side of the figure shows the impact that earlier action may have (additional dark-shaded tips on the arrows). Although higher ambition entails higher initial costs, it also brings higher benefits.

The net result is what matters

We make the case in our paper for modelling scenarios that represent plausible current and future worlds. Namely, scenarios that offset the apparent cost of enacting climate policy with the boosts to the economy that come from avoiding climate impacts, including co-benefits, such as clean air and correcting for the fact that models unrealistically assume the economy works as a perfectly functioning system.

It is not possible to say, in general, whether the benefits for any given policy will exceed the costs or vice versa – that is, whether mitigation action will lead to higher or lower economic activity. This will depend on the measures being analysed and the context into which new policies are introduced.

Similarly, including real-world features into model reference scenarios does not automatically imply that mitigation costs will be lower. Accounting for some types of market failure in models may actually work in the opposite direction, since some mechanisms may raise estimates of the costs of climate action.

But explicitly modelling the key factors that affect the cost of mitigation will improve our understanding and provide deeper insight to inform policy decisions.

At the very least, it should be clearly acknowledged when providing estimates for the cost of mitigation action, when scenarios do not account for any of these aspects.

Ambiguity in communication matters as it can skew public opinion. For example, in British Columbia, Canada, framing climate policy as a “carbon dividend” instead of a “carbon tax” allowed for an explicit discussion of the benefits of climate action rather than just the costs (although more recent evidence indicates that it may not have worked as well as previously thought). In any case, more work on the social acceptability of climate policies can inform their design and communication in the future.

The upcoming report on mitigation presents an opportunity for the IPCC to communicate the benefits of climate action and the stakes involved, alongside its costs. Highlighting what we stand to gain from reducing emissions in key visuals and headline statements would provide a more accurate picture of the economics of mitigation and rebalance the overly pessimistic narrative that contaminates the debate.

This article is republished and originally appeared in the Carbon Brief. 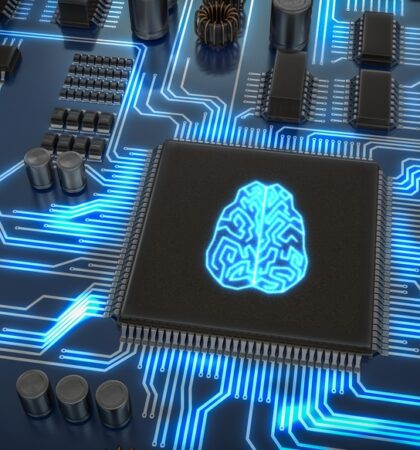