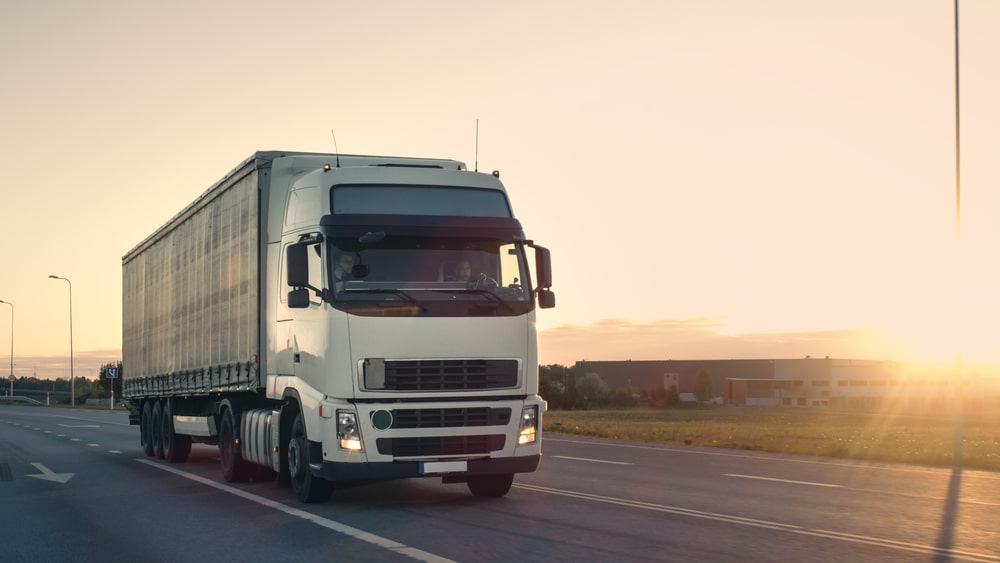 Have you heard about the veteran trucker from Texas, Tiffany Heathcott? It is a fascinating story about a mother of seven with three grandchildren who has been driving trucks together with her husband across the US for almost ten years. Nowadays, she is also the world’s first remote truck driver.

When Einride, the Swedish freight technology company providing digital, electric and autonomous shipping, contacted Tiffany with an offer to become an Einride Pod Operator, she almost thought it was a joke. An Einride Pod is an electric truck remotely controlled by drivers and is notable for its lack of a driver’s cab. It is a completely new type of job, a role that has never existed.

“People are nervous that they’re going to lose their job. But they’re still going to need their experience to drive these autonomous vehicles,” she says.

In November last year, Einride announced that its transportation solutions are live and running in the United States. Apart from the obvious economic and environmental benefits, this type of digital transportation clearly impacts the way people work. For example, Tiffany Heathcott spent most of her life, including sleeping, in her truck. She was on the road five days a week, from Tuesdays 2:00am to Sundays 2:00am.

“I can’t wait for everything that it’s going to give to us as truck drivers. I am going to see my family more, my grandchildren more. What more can I ask for?” she says.

Einride estimates that at least 40% of US road freight transportation could go electric today. With customers such as Bridgestone and GE Appliances signed up, the company is committed to creating at least 2,000 new jobs within the first five years of operation in the US. The company also expects the quick increase of electric and autonomous transport to create jobs across the supply chain, from electric infrastructure and maintenance to the widespread construction of 5G networks.

According to Einride, this will also result in new types of jobs, such as the role of the remote pod operator, which involves the oversight and control of multiple pods in real time by one individual from a central location. In contrast to conventional trucking, remote operations will be safer, involve more regular hours and provide a more hospitable work environment closer to home.

In fact, there are many other examples across industries where digitalization creates new types of tasks and improves working conditions – all in which connectivity is a key enabler.

In the mining industry, which produces $1.5 trillion in materials, roughly 2% of the world’s gross domestic product according to World Mining Data, fatal accidents are a common occurrence. But innovations powered by 5G-ready cellular networks such as drone inspections, remote-controlled mining vehicles, smart ventilation and asset tracking (people and machines) are making a big difference for personnel safety in mines.

In a similar way, the digitalization of ports helps to fix the issues of terminals being unsafe due to heavy machinery, data inaccuracy and untraceable activities. One port already deploying smart technologies is Italy’s port of Livorno, which now serves as an experimental area covered by a live 5G network. The network enables the port area to be cloned in a digital twin, a virtual replica of the port and cargo freights in real-time. That allows port operators to use smart virtual reality (VR) and augmented reality (AR) to perform their tasks in a safer, more productive, and sustainable way.

Yet another example of how digitalization positively can impact human work is the Ericsson 5G Smart Factory in Lewisville, Texas. The fact that the facility could be fully automated and connected allowed Ericsson to move its production of 5G network equipment closer to its US customers – despite relatively high labour costs.

With over 200 robots in operation, the 5G Smart factory in Texas has created over 200 new jobs in the US market. What’s more, due to the closeness to its US customers, the factory also helps Ericsson reduce emissions from product transportation – which is key to delivering on Ericsson’s global goal to cut airborne supply from 30% to max 10%.

According to a report by the World Economic Forum, 85 million jobs are expected to be displaced by a shift in the division of labour between humans and machines by 2025. The good news is that 97 million new roles may emerge that are more adapted to the new division of labour between humans, machines and algorithms, according to the same report. This creates an opportunity and responsibility for our society: to upskill and reskill our workforce to match the need for the new jobs that will emerge from the digital evolution. Because human competence will always be needed.

Take process engineers, for example. Those are the people who typically drive and design how we produce and run our production processes. Now we have empowered them with even more tools and more intelligence to do that. If anything, they’re now playing an even more prominent role in how we develop and produce our products in more innovative ways. That puts a new emphasis on human creativity and problem solving as it becomes a bigger part of many roles on the plant floor.

Therefore, we should not see automation and digital transformation as a way to replace humans. It is about bringing out the best in humans, in collaboration with machines and algorithms.

Will a digital workplace lead to more time for fun?

Digitalization and automation have already replaced many boring, repetitive and dangerous tasks. If used right, it can also make human work more fun and meaningful by giving more room for innovation and creative problem-solving.

It has also been widely debated whether digitalization and automation of industries will lead to more leisure time – or if that kind of assumption is just wishful thinking. My personal reflection is that nowadays more people tend to live by the motto “work to live” rather than “live to work”. In an Ericsson report, 40% of respondents said they would like a robot that works and earns income for them, freeing up their leisure time.

Again, my mind turns to Tiffany Heathcott and what the digitalization of the transport sector will mean to people like her. Tiffany’s new job as an Einride Pod Operator will most probably result in an uptick in productivity while dramatically increasing her work-life balance – meaning more time for family, friends and leisure activities that will improve her quality of life.

This article is republished and originally appeared in the World Economic Forum.