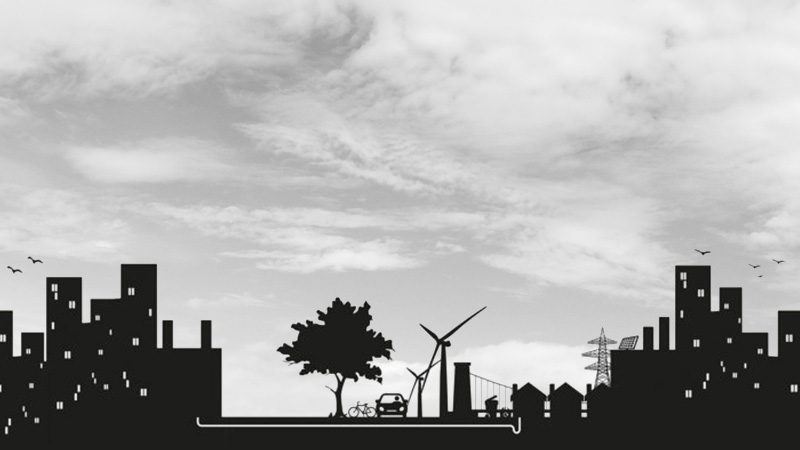 [dropcap]T[/dropcap]he Indian government over the last one and half decades has taken numerous initiatives and policy changes to foster investment in the infrastructure sector. The themes, therein, have focused around inclusivity, in terms of providing infrastructure to the more remote and underserved corners of the country and in enhancing the bottlenecked infrastructure. In the last five years, there is also a greater focus on timely completion of such projects with the government taking up initiatives in removing policy and infrastructural road blocks to encourage investment in this sector.

Post liberalization, first few years were focused on attracting private investment in infrastructure. The proposed policies and structures resulted in healthy response in most sectors of infrastructure. However, over the years increasing private competition and varying degree of potential of projects in infrastructure resulted in mixed bag of performing and non-performing assets. Regulators have continuously innovated models to suit the requirements of future. However, this has resulted in different vintage regulations relevant for competing projects. In the last few years, there have been areas where private participation has diminished and capital availability & servicing has been a concern. It is in this backdrop that this paper tries to evaluate future of infrastructure in India.

In the following section, we review five sectors that form the core of infrastructure – Energy, Roads, Railways, Ports and Telecom in terms of the Opportunities, Challenges and Implications that lie ahead.

Over the last decade, there has been a push from leading economies to develop infrastructure that span across multiple adjacent countries to foster both newer channels of trade & commerce as well as to develop economic corridors that the multiple connected countries would benefit from.

In the following section, we review many such initiatives in the Asian and Indian subcontinent context, in terms of their proposed objectives and their status so far.

The Chinese One Belt One Road (OBOR) project is structured across 6 corridors and the maritime silk road (that reaches Mediterranean and Caspian Seas through Singapore) and seeks to connect with 65 countries across Asia, Africa and Europe. The project addresses multiple strategic concerns of China as are outlined below:

Economic recovery: With the economic slowdown in China, the project aims at creating new markets for Chinese companies. In addition, it also aims to decrease the regional disparity between the more affluent Eastern Coastal regions and the western parts of the country.
Energy: One of the other strategic reasons is to access the regional energy resources in Central Asia, East Asia, West Asia and South Asia than rely on large sources of fuel.

Status: ~34 countries and international organizations have signed bi-lateral agreements with China to build OBOR. Rail connectivity projects from China to Laos and China to Thailand and a number of highway construction projects including China – Pakistan and China – Bangladesh – India – Myanmar economic corridors have begun. Chinese companies had invested USD 15 Bn in 49 countries related to OBOR in 2015 alone.

The SASEC program was launched by ADB in 2001, to drive regional cooperation in the associated countries of Bangladesh, Bhutan, India, Maldives, Nepal and Sri Lanka in the six sectors of transport, energy & power, environment, tourism, information and communication technology.

By 2016 over USD 9 bn of projects had been initiated and are in different stages of completion.

One of the key current projects is to build the Imphal-Moreh corridor, would connect to the India – Myanmar – Thailand trilateral highway that ranges from Moreh in India to Mae Sot in Thailand. It is also proposed to connect this highway all the way to Cambodia, Laos and Vietnam through the East West Economic Corridor.

India has initiated the construction of bridge on the river Feni that would connect South East Bangladesh with the Indian state of Tripura. This would help India access the Chittagong port to transport goods and heavy machinery to the North East region and reduce the overall transit time to the region.

For example, the distance from Agartala to Kolkata through Assam is 1,650 km while through Bangladesh it is only 350 km and bypasses the multiple hilly roads and hairpin bends that increase travel time to the north east.

The Union Ministry has approved a Memorandum of Understanding in Aug 2017 to construct a new bridge over the Mechi river connecting Kakavritta in Nepal and Panitanki bypass in India.

This marks the last stretch Asian Highway No. 2 and provides critical connectivity with the land-locked country. This bridge is also expected to improve cross border trade between the two countries

The Lapis Lazuli Corridor is an agreement between Afghanistan, Turkmenistan, Azerbaijan, Georgia and Turkey that seeks to foster trade cooperation by reducing barriers facing transit trade.

This corridor connects the signatory countries by road and rail and presents to be one of the most economical channel for trade from Afghanistan. It is an entry channel to trade with Europe given Afghanistan’s relatively poor linkages with Pakistan’s ports.

Pakistan also joined the agreement in November 2016 and would strengthen the route to Gwadar port which forms one of the key channels for trade with Afghanistan today.

The North Eastern Afghan territory near the Pamir and Karakoram mountains, forms the Afghan border with China. The route has seen renewed interest post completion of the Lowari tunnel in Pakistan in July 2017.

The bilateral trade between China and Afghanistan has crossed USD 1 Bn every year since 2014 and investment in this corridor could be the next step in creating a more direct China – Aghanistan link in the future.

To sum up, over the last 2 decades, a slew of new international infrastructure initiatives in the South Asian region have commenced to improve transport efficiency and connectivity with adjacent countries. Large international initiatives like the Asian Highway and OBOR have initiated activity on multiple other enabling infrastructure projects with funding support from individual governments and agencies like Asian Development Bank, AIIB of China and JICA.

Most of these initiatives are in various stages of execution and completion and their ensuing positive impact would be felt starting the next decade.

Infrastructure has always been the backbone of most sectors in the economy.

It has been proven across the world that an able infrastructure has spillover effects in terms of improved GDP growth rate and the influence on social well-being in the country.

Across the world, governments and regulators have tried various methods of creating infrastructure ranging from dedicated public spending, public private partnerships (PPP) to special tax rebates to incentivize investment. Over the last two decades, India has also seen a tremendous growth in private participation in infrastructure on back of schemes through public agencies like NHAI, LPAI, Indian Railways, and the government continues to incentivize participation through projects like Sagarmala, Bharatmala etc.

It is now important to learn and unlearn through some of our experiences over the last two decades and plan for the future wave of growth.

Infrastructure in India is currently being given a high impetus with new policies and with unprecedented levels of deployment in areas such as highway development. In addition to the five conventional sectors as mentioned before, investors have been bullish on sectors like affordable housing, rooftop solar projects, waste management among others.

The Indian government is also developing airports in smaller cities at a high rate. 30 new airports in tier 2/3 cities are being developed with overall INR 200 Crores in viability gap funding by the government. The overall domestic passenger trips has also increased from 100 M in FY14 to 160 Mn in FY17 showing the growth in the sector

Banks have conventionally been the funding agencies for infrastructure projects which usually have a life span ranging from 25 – 30 years. However, banks are considered to be best equipped to handle loans of 12 – 15 years with the limit being pushed to 15 – 18 years. Therefore, options of converting the loans to bonds after the period of construction of 3-5 years need to be evaluated. This however would require sufficient investor buy-in and risk appetite from the market as currently AA and higher rated bonds are preferred while the infra bonds are expected to have a rating lower than A. The conversion of loans to bonds has an impact on banks as the investments would move from the loan portfolio to the investment portfolio which would revise the priority sector lending requirements for the bank.

In addition to banks, newer entities are emerging for infrastructure related financing. For example, AIIB of China have sanctioned a USD 150 Mn infra fund in June 2017. NBFCs like IIFL sources funds from pension funds and insurance companies and deploys them in infrastructure focused funds.

The government of India has created National Investment and Infrastructure fund for enhancing infrastructure financing in the country. The fund has the mandate to make direct equity investment in projects. The proposed corpus is INR 40,000 Crores and the government is expected to hold 49% of equity in the fund.

While regulators and financiers are increasingly allocating risks to the right entity that are better equipped to manage the risk. With the hybrid annuity model, the regulators have taken away the toll risk from the developers in the road sector.

Institutions with their masala bonds, have been able to do away with the exchange rate risk exposure to the borrowers and this has been well accepted in the market

The borrowers and contractors however have to manage their normal business risks including any political risks and have to take adequate precautions including insurance if available. These include projects by Indian companies in foreign territories

NHAI has improved on clarity in procurement prices through its ENAM website for building materials. This has, in certain locations, helped reduce the price of raw materials like cement

Key concerns that are faced by the industry / investors and the current industry view of market participants.

For companies that have invested in thermal sector now receive tough competition from wind and solar power plants where price parity between various sources of energy is being targeted. In addition, with coal linkage issues, the investors in this sector have been deeply affected. Customers that have signed PPAs are also not drawing power due to this.

IIFCL is one of the primary infrastructure financing body in India. Organizations like IIFCL contribute to around 20% in projects as equity.

Some banking institution are exploring new funding avenues. With the change of Build Operate Transfer (BOT) to Hybrid Annuity Model, with availability of appropriate single window clearances prior to launch of projects, with incentives for finishing projects on time and regular reviews of projects with lenders, concessionaires and infra companies have led to tremendous growth in the road sector. Banks have started doing greenfield and brownfield projects with dedicated engineers and other necessary professionals on board.

There is a need for a forum where government, banks and other funding agencies and infrastructure developers  to discuss the core issues around funding.