Airports across the globe are promoting frictionless travel to improve overall customer experience.

Airports across the globe are promoting frictionless travel to improve overall customer experience.

No more nervously clutching your identity cards and eyeing the long line while boarding a plane.

Your face will now get you on to your flight.

Simply look into a camera, wait for the biometric data to be verified and then walk onto the aircraft.

Domestic passengers can now fly out of Delhi, Bengaluru, and Varanasi by registering for DigiYatra, and experience a contactless air travel.

“This is the start of a new era in the boarding process at Indian Airports. With the rollout of Digi Yatra, the domestic passengers will now experience a seamless, hassle free and health risk free boarding process at the airports,” writes Roshan Popli, Chief Information Officer, Airport Authority of India on LinkedIn.

By March 2023, the government plans to commence the services in Hyderabad, Kolkata, Pune, and Vijayawada.

In global comparison, India has been a tad late to embrace facial tech at its airports.

According to International Air Transport Association (IATA), over 75 percent of customers see huge value in biometric verification and want to use it instead of the passports and boarding passes.

We look at some of the international airports who have been promoting frictionless international travel and looking to improve the overall customer experience.

In 2015, Ben-Gurion Airport deployed 17 biometric entry gates at its passport control section that allowed use of facial recognition system.

All International airports in the United States:

In 2019, Gatwick became the U.K.’s first airport to use facial-recognition cameras on a permanent basis for ID checks before passengers’ board planes.

In 2021, a new fast-track passport control service that uses face and iris-recognition technologies were launched at Dubai airports.

Around a month back, Abu Dhabi Airports announced to introduce facial recognition at its new Midfield Terminal Building, from check-in to boarding, to reduce airport queuing times and eliminate the need for passengers to present passports and boarding passes at every checkpoint.

Apart from the above list, a growing number of international airports, including Munich and Frankfurt airports in Germany and Narita in Japan already use biometrics to streamline passenger journeys.

In Canada, around seven hundred check-in and boarding kiosk systems are being distributed between Pearson International in Toronto, Calgary International and Montréal-Trudeau International. 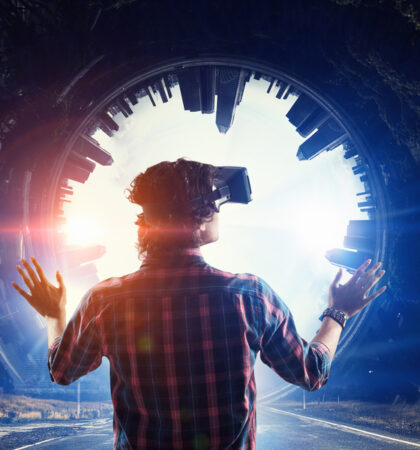