About 200 million people use smokeless tobacco, 72 million use beedis, and 28 million use cigarettes in India. However, the focus of tobacco control and taxation has been on cigarette smokers only. About 200 million people use smokeless tobacco, 72 million use beedis, and 28 million use cigarettes in India. However, the focus of tobacco control and taxation has been on cigarette smokers only.

We need to start conversations with our patients about tobacco use – more so about smokeless tobacco. But the usual Power Talks tend to demonize Nicotine as a root cause of all ills, treat tobacco as a taboo, and cast uncalled-for assumptions about smokers.

The first step would be to accept that nicotine and tobacco are not interchangeable: Nicotine by itself is not carcinogenic. Delinking the two can radically alter the way we go about reducing the suffering and deaths from tobacco. We need to educate ourselves all over again about nicotine.

Consider the stats and facts critical to tobacco control –

The Government’s plan to add Nicotine Replacement Therapy products (NRT) — chewing gums, patches, tablets, oral strips, and lozenges — to the National List of Essential Medicines (NLEM) is a very welcome step in helping people to quit tobacco, more so as the prevalent problem here is smokeless tobacco. The objective could be better served if products like nicotine pouches and inhalers are also considered for inclusion in the NLEM.

We need to understand that an awareness initiative that portrays the truth about nicotine, without hedging, obfuscation, or prevarication will give hope to those of us in tobacco harm reduction.

Also, there is a need for a review of the prohibition on e-cigarettes. Cigarette sales have sharply plummeted in countries that allow e-cigarettes or vaping, proving that they are true substitutes. Significantly, the US FDA has approved e-cigarette and vaping devices. A statement by 15 past presidents of the Society for Research on Nicotine and Tobacco (SRNT) – a globally respected organization dedicated to evidence-based research on tobacco and nicotine use, has called for considering the use of e-cigarettes and vaping as a means to double the quit rate.

The real question one needs to ask is – which one is safer, vaping or cigarettes? While the UK bodies have stated that vaping is 95% safer than cigarettes, other public health bodies have chosen not to answer this question at all.

It boggles the mind that a less harmful method (e-cigarettes) has been banned while cigarettes and beedis continue to be freely available in India. The argument around the “gateway theory” that vaping leads to increased smoking has been comprehensively debunked. Moreover, the UK bodies hold that vaping is not smoking.

During a recent interaction with diverse stakeholders, I was not surprised to see the government policy of bans – like the Prohibition of Electronic Cigarettes Bill, 2019 – receiving a big thumbs-down from tobacco harm reduction leaders and medical practitioners.

Key Takeaways from the discussion –

India’s harm-reduction campaign can greatly benefit from recent breakthroughs in the UK, Japan, and New Zealand. They have embraced the use of reduced-risk products for combating the harms of tobacco. The same goes for Sweden with its snus and nicotine pouches.

But Australia’s controversial step of making e-cigarettes available only on a doctor’s prescription is not optimal as social smokers do not always identify as smokers and hence, they are less likely to seek medical help. Also, policies that restrict reduced-risk products have the unintended effect of increasing tobacco use.

In making laws that affect tobacco users, we need to respect their agency and autonomy as well as consider their views. “Nothing about me without me” – a phrase uttered by Valerie Billingham in 1998 captures everything one needs to say about inclusion and shared decision-making. 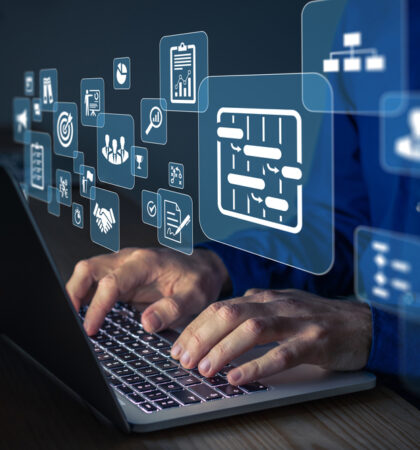 In the VUCA world that we live in, resilience is key for organizations Now more than ever, industries...