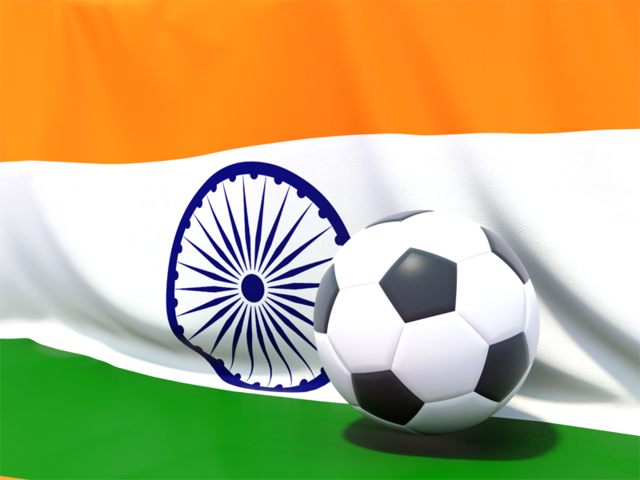 “Champions are made from something they have deep inside of them-a desire, a dream, a vison.” – Mahatma Gandhi

As far back as the ancient world goes, sports is perhaps one of those few strings that connects the masses, bringing about the emotion of patriotism and unity.

This brings to mind a fragment of Indian history, the very well-known Mahatma’s fight against racial divide, not many would know how he took the aid of football in his initial days of revolt. The sport was popular among the African community as cricket was considered to be a domain of the elite. Gandhi was drawn to the game as it nurtured a spirit of unity and teamship, in those days star players or fancy clubs did not exist. He felt this could aid his socio-political revolution. Gandhi attended these football matches and gave speeches to the crowds to fight against tyranny, oppression and colonialism, both in South Africa and India. It’s hard to say to what extent football aroused the revolution against racial divide, but many in South Africa do give credit to Gandhiji for the non-racial nature of South Africa’s sporting culture today.

Present day India, sports is an industry by itself. The sector in India, is predicted to reach a value of $100 billion by 2027. The size of the Indian sports industry spend in 2021, is estimated to have surpassed Rs 9.500 crore according to reports by GroupM ESP. this includes sponsorship spends, player endorsements, apparel, sports nutrition, sports equipment and media spends, the  report states that, the sector in 2021 witnessed a tremendous growth of 62%, with a remarkable comeback in sports sponsorships and media deals.

The Indian sports media rights landscape has virtually created history with Disney Star, Viacom18 and Times Internet bagging the rights to broadcast IPL matches over the next 5 seasons in various media capacities on television and digital platforms. The total revenue generated by BCCI from these broadcast rights for over the next 5 years between 2023-2027 is a whooping Rs. 47,332.52 crores

While Disney Star won the most sought-after IPL Indian sub-continent TV rights for Rs. 23,575 crore, Viacom18, bagged the Package B digital rights with a bid of Rs 20,500 crore for the Indian Premier League (IPL) as well as the rights for the exclusive Package C with a winning bid of Rs 3,273.52 crore, Times Internet bagged Package D rights for Rs 1058 Crore.

Besides the IPL, India has the Indian Super League (football), Pro Kabaddi League (kabaddi), Premier Badminton League (badminton), and Pro Wrestling League (professional wrestling) that have established thier space for the sports buff and are played awith a tremendous amount of enthusiasm. These leagues are backed by large corporates, and sportspersons to celebrities; and are sponsored with a massive amount of fanfare.

In popularity Cricket is, without a doubt, one of India’s most popular sports. and  many a times is referred to as the country’s religion, yet, sports in India is not just limited to cricket. So, here is a list of India’s top 10 popular sports.

The most played and the most popular game, right from the times of stalwarts like Vijay Hazare, Mansoor Ali Khan Pataudi, Sunil Gavaskar, Kapil Dev  to the 1983 World Cup with titans Sachin Tendulkar, Anil Kumble, Rahul Dravid, Amarnath, VVS Laxman, MS Dhoni, and later  Sourav Ganguly, Virat Kohli and the new set of players, India has been a constant contender for the trophy in international cricket.

Businesswise the game sees massive endorsement agreements and cricketers are some of the most admired celebrities in the nation. The new generation of cricketers, have a bright future ahead of them and this most popular sport is going to being a sport not only for the present day generation but is predicted to go on enjoying its popularity for generations to come.

Recognized as India’s national sport, There was an era when India dominated the hockey world with over eight Olympic gold medals, led by Dhyan Chand. Yet, the sport has been on a decline for a very long time. We do have some very great players, but the real problem lies in the hockey federation’s constant infighting, lack of funding, infrastructure and new rules, which included the installation of artificial playing surfaces. These massive systemic snags have in some way been instrumental in its haul down.  Inspite of these challenges India does hope to and is still attempting to reclaim its glory days when it took home gold medals from every Olympic Game.

The Hockey India League (HIL) is based on the IPL model.

Ranked 105th India, is dubbed as the “sleeping giant” of the footballing world by former FIFA president Sepp Blatter. While the ISL has a sizable fan base in India, it is the massive following of European club championships that is the source of football’s appeal in the country. India currently has its own football league, the Indian Soccer League, following in European clubs’ footsteps (ISL). During its debut season in 2014, the competition drew approximately 160 million viewers.

With the unexpected development of the Pro-Kabaddi League, which is conducted yearly in several locations across India, among traditional Indian sports kabaddi is one such game that has returned to the mainstream. The Premier Kabadi League became India’s second most popular league in 2014,  With a well drawn rural appeal the sport is well positioned to boost audiences in interior India,  the sport has a strong viewer base both in urban and rural India and has garnered the interest of sponsors targeted to rural regions in the country.

India and Iran are the world’s two best kabaddi players, and till 2017, India has won most of the Kabaddi World Cup games.

Did you know the original name for badminton was “Shuttlecock” and it originated in India, in Pune as a game called “Poona”.

Badminton, in recent years, has seen an unprecedented rise in popularity in India, primarily sparked by the emergence of global superstars like Saina Nehwal, P. V. Sindhu, Kidambi Srikanth, Lakshya Sen, Prannoy and others. We see India cementing its place in world badminton with India’s Satwik-Chirag winning the first-ever men’s doubles gold at the commonwealth games. This also rises expectations for India to take the top prizes in badminton in the Olympics, coming 2024.

One of the most popular sports globally,  it has a large fan base in India. India has a long history of producing top-notch doubles players. Leander Paes and Mahesh Bhupathi have won a number of Grand Slam doubles titles. Somdev Devvarman , Rohan Bopanna and Sania Mirza are some of  India’s most prominent pros on the world tennis scene.

The International Premier Tennis League in 2014 was founded by Mahesh Bhupathi to enhance tennis viewership in India and was inspired by the success of the IPL in India and the World Team Tennis of the 1970s.

The akhadda-style sport, like kabaddi, has a strong undercurrent in rural India. Although professional wrestling differs significantly from traditional Indian wrestling, the sport’s basics remain the same. India since 2008 has won at least one medal at every Olympic Game.

Sushil Kumar one of India’s most successful Olympians and a two-time Olympic medalist isn’t alone; a large number of wrestlers both male and female  have competed in international events and won gold.

When you speak of wrestling one cannot ignore the struggles and wins of Geeta Phogat, and Babita Phogat, who won gold medals in international competitions, the box office hit Dangal, was inspired by the true story of these two sisters.

Movies of these genres at times play an important role in passing on to the general public the significance of sports and are probably at times even if in a small way instrumental in developing a sports culture in the country.

Vijender Singh was the first Indian to have won a bronze medal in the 2008 Beijing Olympics, and the Asia-Pacific championship, an achievement that propelled him to the top ten in the world of professional boxing.

Mary Kom, is the second Indian to have won at the Olympic Games,  she bagged a bronze medal at the London Olympic games in 2012.

Neeraj Goyat is the first professional boxer who played three fights of twelve rounds and won it and the first Indian boxer to have made it to WBC World Rankings. There are others too who form  a core group of skilled boxers bearing India’s banner

Motorsports has grown significantly over time. The mania around Formula One, the world’s largest racing spectacle, is one of the main reasons for this intrigue in the sport.

The curiosity of the Indian audience was fuelled when, Narain Karthikeyan became the first Indian to ever race in a World Formula and was hired by the Jordan Formula One team in 2005, although Narain never reached the finishing line, a large part of that loss in Jordan could be contributed to the lower quality of the vehicle he was driving compared to the other top teams

Karun Chandhok became the second-ever Indian driver to race in Formula One when he joined HRT Formula One in 2011, he drove in the GP2 Series for three years, winning two races. In 2013, Chandhok competed in the FIA GT Series for Seyffarth Motorsport.

India’s own Formula One team, Force India, the team had a fantastic year in 2017, finishing fourth and scoring 187 points for the first time .

Apart from Formula One, India also boasts a Moto GP squad in the shape of Mahindra Racing. Gaurav Gill, a rally driver, is well known for his rally racing. He was the first Indian to win the Asia-Pacific Rally Championship in 2013.

Basketball has long played an important role in Indian culture and is one of the those popular sports played daily in playgrounds, schools and universities.

The Indian Women’s Basketball Team qualified for the FIBA Women’s Asia Cup. This is the first time that an Indian basketball team has achieved such a feat on a global scale.

The Importance Of Sports In India

What we have listed here just happens to be a few of the sports or sport personalities, there are innumerable of such games and people who are not mentioned here, but play equally important roles in contributing to the industry or to the field itself, or through business, products or services.

Sports are important to the economy as any other industry is, it also happens to holds its own importance in contributing to society. In a world chockfull of complexities and depth – Sports professionals, their life stories, wins and struggles are role models for generations to come, whether in India or around the world…