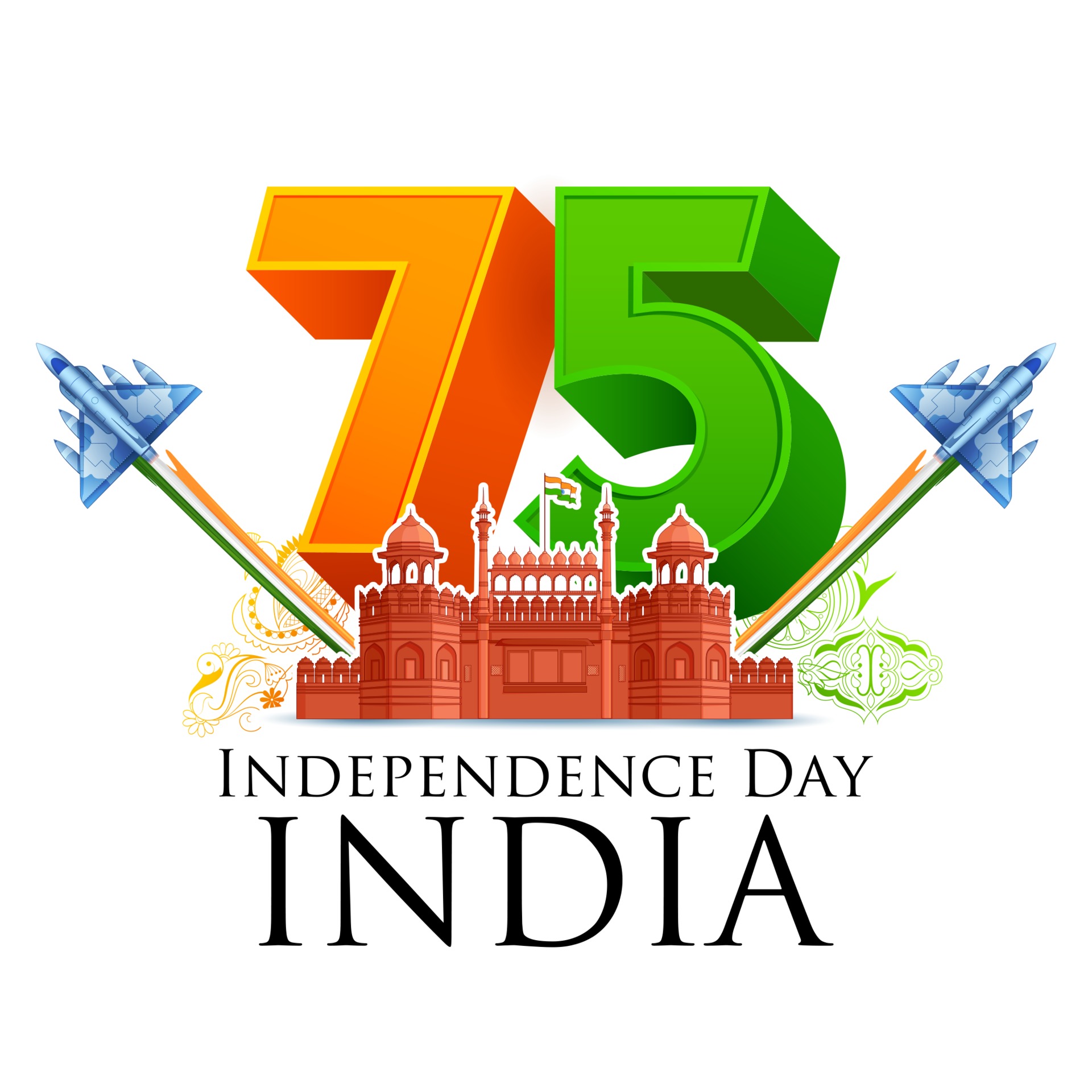 The world is a study in contrasts. Sometimes heroes are born out of a crisis. Sometimes, adversity becomes opportunity and a path to evolve for the better.

As India approaches its 75th Independence day, global headwinds have stirred up quite a tempest. Geopolitical conflict has become the order of the day and fighting inflation a crusade of the modern age. Can India find a way to mitigate the impact of a potential global recession and achieve its economic goals? Or Is India too set to emerge out of a chrysalis?

India bucked the immediate trend in a post pandemic world and was the only major economy to post double digit growth in 2020-2021 as per IMF. Despite the vicissitudes of global geoeconomics, India is on its way to achieving a critical milestone.  The country has had a long arduous journey since Independence with various economic reforms and initiatives that are helping it carve a new epoch.

India is projected to become a 5 trillion dollar economy in the next few years with manufacturing exports reaching the 1 trillion mark. On the strength of continued growth of 8–9% percent, Chief Economic Advisor V Anantha Nageswaran stated in a recent news report that India’s economy would reach USD 5 trillion by FY26 or the next year. Dollar terms for the gross domestic product (GDP) have already surpassed USD 3 trillion. The Indian economy is predicted to increase by 9.2% in the current fiscal year and by 8-8.5% in the following year. Let’s take a closer look at India’s manufacturing evolution since Independence.

How has India’s economic narrative changed since Independence?

Until a few decades ago, India was perceived to have limited economic potential as a third world country but this narrative has undergone a drastic change. India has shown its propensity to adapt quickly to changing world trends and pivot itself despite adverse geopolitical circumstances Initially, India positioned itself as a services based economy on the back of its skilled worker force. Even then, there was a certain cognizance that being a services based economy would be limiting the country’s potential. It was considered an outsourcing hub and the quintessential image of an Indian call center worker has become a pop culture stereotype. But, how much of this stereotype holds true today?

The truth remains India did not initially envisage itself as a service based economy. If we look at India’s journey since Independence, it has had a tenable vision that focussed on self reliance. It is important to understand the country’s evolution to acquire a keener understanding of where we stand now. The government outlined a very specific development strategy in the 1950s: Rapid industrialization through the implementation of centrally designed five-year plans that included mobilising enormous resources and investing them in the establishment of huge industrial state-owned businesses (SOEs).  The sectors picked produce both light and heavy industrial commodities like steel, chemicals, tools and machinery, locomotives, and power. Leaders supported industrialization because they believed it offered the greatest potential for output development, partly in accordance with some economists’ theories.

The five year plans were part of the government’s mandate to establish self reliance with greater domestic production. The emphasis during this period was on strengthening certain core industries that focussed on clothing, furniture, personal care items, and similar items locally. Since many of these industries were labor intensive, it enabled mass employment. It also enabled these infant industries to grow.

Post the 1991 liberalisation that focussed on reducing the government intervention in business was when India’s economy became open to the world. It increased the country’s foreign exchange reserves and also helped reduce inflation. The focus on on priviatization, a marked shift from the nationalistic narrative in the 60s and 70s. The emphasis was that protectionist measures had outlived their utility and there was a need to make Indian Industries competitive at the world stage.

India became a service based economy initially post liberalisation. However, distinctly the focus of government policies shifted from courting foreign capital to strengthening Indian industry as aspirational Indian business transitioned from becoming competitors to collaborators. Make in India at present alludes to the location of the industry rather than the ownership as a result of the gradual consolidation of this process. Thus, there is a significant focus on assembling and employing at this stage of Make in India.

The India economy continues to be a source of resources for the world economy even today, be it in the information technology industry or other areas. This narrative is slowly changing and Indian players are working towards competing directly with global players with investments abroad. And Indian conglomerates such as the Tata Group, Hindustan Unilever, and Aditya Birla to name a few, have made significant headway in this regard.

The liberalised Indian economy approach has not been without its flaws. To address the elephant in the room, the macroeconomic dynamics have become askew.  For instance, the influx of foreign capital into the stock market and the acquisition of interests in Indian enterprises by international investors ensured a surplus of foreign exchange reserves. At the same time,  major Indian investors looked for greener pastures abroad, as the post-liberalization capital market regime prevented smaller players from accessing local capital, and as foreign investment tended to focus more on acquisition than on new investment, overall investment started to taper off. This is a challenge that the Indian economy is still facing and for India to become a manufacturing powerhouse is the need of the hour. Some key facets to keep in mind as per news report:

India faces a challenge of dwindling foreign exchange reserves due to the changing global risk outlook.

Does India have a natural manufacturing advantage?

A key advantage that has aided India’s manufacturing prowess has been its rich reservoir of natural resources (iron ore, highly available solar insolation, cotton, and bauxite) apart from low cost labor. India’s manufacturing sector thus received impetus through a strong renewable energy, basic metals, textiles and apparels, and chemical products. Over time, the country has established skill-intensive value chains for capital goods, automobile parts, and pharmaceuticals. Being in close proximity to high-demand domestic markets has accelerated the growth of these sectors. For instance Tata Steel, Tata Motors, Brittania Industries Reliance Industries, Aditya Birla Group, Godrej Industries, Mahindra and Mahindra Automobiles, Raymonds,  Century Textile and Industries, Welspun India and Hindustan Unilever among others have played a critical role in giving momentum to India’s manufacturing revolution. One can trace India’s manufacturing journey all the way back to the 1700s.

On the cusp of greater change

While it is true that the global economic outlook is bleak in the aftermath of the Russia-Ukraine conflict, rising crude oil prices, and increasing inflation there is a silver lining.  A big factor that could work in India’s favour is how the world is moving away from single source supply chains.  While India has started making some headway into creating a manufacturing ecosystem for electronics. The government in May outlined a $10 billion incentive plan for the manufacturing of semiconductors and the International Semiconductor Consortium plans to invest $3 billion to set up a chip manufacturing plant in Karnataka.

Many major companies such as Apple and Samsung are assembling their phones in India, with the country acting as a major hub for IP and technology design. However, the country still has a long way to go to create a self-reliant electronics ecosystem, as every industry is now heavily dependent on technology.

On the flip side, India is a significant exporter of automobiles and anticipates rapid export development in the near term. By 2022, it is anticipated that a number of initiatives by the Indian government and significant automobile producers will position India among the top four global markets for two- and four-wheel vehicles.

The country has also established itself at the pharmacy of the world as more than 20%  in terms of volume in the global generics market and 62% of the global demand for vaccines are contributed by the Indian pharmaceutical industry. India endeavours to consolidate its position in the pharma space further by reducing its reliance on foreign imports for active pharmaceutical ingredients. News reports highlight that impelled by exports of chemicals, gems and jewellery, engineering products, and petroleum products, India’s merchandise exports reached a record $418 billion in FY22.