Over the past year, universal hazards like Omicron variant, prolonged Russia-Ukraine War, supply chain disruptions, surging inflation and global turbulence that shook many countries, certainly made an impact on India’s economy in the near and short term. The prevailing economic situation is volatile. Globally, the interest rates have gone up impacting multiple industries including the construction industry thereby leading to slow down for large number of suppliers and verticals. For consumers, high inflation translated to more investment in essential commodities rather than any price sensitive goods.

On the upside, though appreciation of the USD was hostile for importers, it is helping Indian exporters. In addition, it led to India’s advent as a global leader in vaccine production and exporter by surpassing economic yardsticks of global healthcare industry. It was during this perplexity that India has achieved remarkable feats in evolution of the digital payment ecosystem. In 2021 India witnessed highest number of real time digital transactions across the globe. This new wave of digitalization empowered and paved way to a remarkable digital economy in India and we are fast marching towards a goal of becoming a USD 5 trillion economy by 2025.

The silver lining is that there is scope for quick recovery on remaining domains with drastic steps like monetization of assets, self-reliance and ramping up of capacities in various sectors like healthcare, agriculture, and industry. Indian economy boasts of certain growth drivers that set it apart from the rest of the globe – enormous working population, internal demand, skilled employees, number of engineers, scale of innovation & start-ups to name a few. Domestic consumption and investments continue to contribute to 60% of the economic activity in the country. Surveys show that the spending percentage of the top 10% of the population leading into reprisal buying, increased traveling and demand of services, has rightly benefitted the economy. The ratings agencies have also given a stable outlook to India, and it is on its path of becoming a credible emerging economy.

More than anything, the macro economy of the world has impacted the Indian economy with the comprehension that – while transition to digital by the public, accelerated this country’s economy, adoption + adaptation of digital by the industry, agriculture and government will take it a notch up. 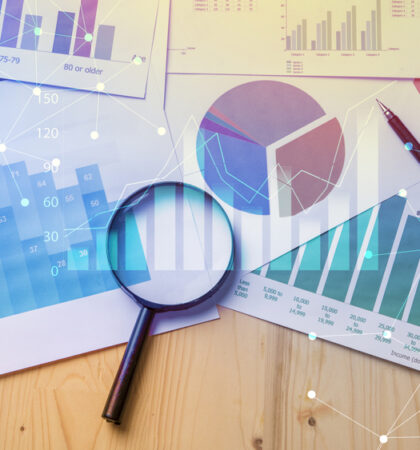