India@75: Setting the path towards an Amrit Kaal 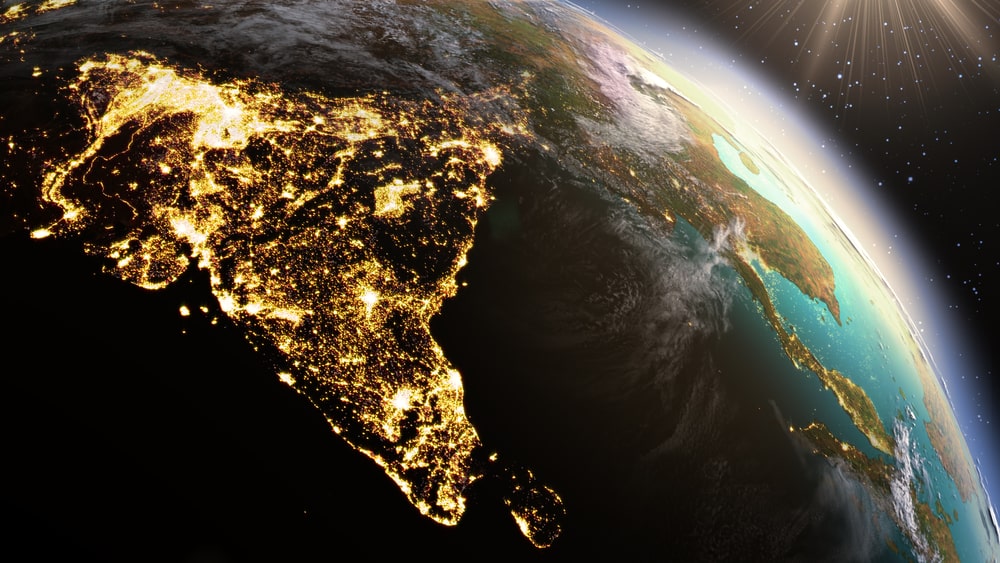 Hailed as one of the world’s largest economies, at 75, India is a force to reckon with, from the yoke of colonial rule to the most preferred foreign investment destination, no other country has risen to such stellar heights as India has. Over the decades the country has emerged into an economic powerhouse with remarkable progress made from agriculture to space technology, from manufacturing, science and medicine to services industries, and from world-class educational institutions to improving access and affordability of healthcare for all.

On August 15 of this year, it will be the 75th anniversary of India’s Independence. The Indian government launched Azaadi ka Amrut Mahotsav in March 2021, a two-year state-wide celebration to mark the occasion. On the momentous night of August 15, 1947, as the rest of the world dozed off, India had a brush with destiny and realised its dreams of personal, as well as economic, social, and political freedom. Since 1947, India’s economy has experienced its share of ups and downs. India was once referred to as a “third world country,” a label that is no longer used to describe underdeveloped, poor nation-states. Today, India boasts one of the largest economies in the world. India still has a long way to go, though.

We explore the effects of each era—socialism, post-socialism, liberalisation, and after—in a concise, simple-to-read fashion. In the trajectory of the Indian Economy from 1947, its fairly evident how a billion people’s ambitions and possibilities came to be.

The moment India gained its independence marked a turning point in its economic history. Due to Britain’s ongoing deindustrialization, the nation was in an unsustainable state of poverty. Less than one in six Indians could read and write. India’s survival as a single country had been called into question due to the extreme poverty and stark social divides.

The poorest nation in the world in terms of per capita income at the start of the 20th century was, in the words of former prime minister Manmohan Singh, “the brightest gem in the British Crown.” 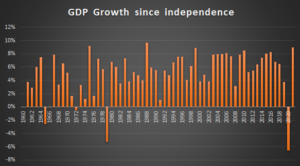 A capitalist view to begin with

In the development plan put forth by former Prime Minister Jawaharlal Nehru, the state was envisioned as playing a dominant role as an all-pervasive entrepreneur and financier of private enterprises. A mixed economy was suggested in the 1948 Industrial Policy Resolution.

The Bombay Plan, which was first put up by eight powerful entrepreneurs, including J.R.D. Tata and G.D. Birla called for a sizable public sector with government interventions and regulations to safeguard indigenous companies.

Political leaders held the view that since planning was impossible in a market economy, economic advancement would ultimately be dominated by the government and the public sector.

The initial budget and support for fiscal federalism

R.K. Shanmukham Chetty, an attorney, economist, and politician who served as independent India’s first finance minister, presented the nation’s first Union budget to Parliament on November 26, 1947. Additionally, he represented India at the 1944 World Monetary Conference at Bretton Woods, an important conference of economists that established the world’s current financial system near the close of World War II.

Chetty spoke up often in the Constituent Assembly in favour of fiscal federalism, a topic that would later become crucial for his native Tamil Nadu.

A war hero was necessary to change India’s policymaking course.

On June 9th, 1964, Lal Bahadur Shastri, a minister without responsibility in Nehru’s government, took over as prime minister. The conflict with China has made India’s economic vulnerability clear. He was persuaded that India must abandon centralised planning and price controls due to ongoing food shortages and price increases. He redoubled his efforts in promoting agriculture, acknowledged the importance of private enterprise and foreign investment, and reduced the influence of the former Planning Commission.

According to P.N. Dhar in Indira Gandhi, The ‘Emergency’ And Indian Democracy, India’s triumph over Pakistan in the 1965 war gave him the political capital to undertake economic changes of the kind that were implemented 25 years later.

1991, a landmark budget and a few decisions changed the life of Indians as India embarked on a journey of economic liberalization, opening its doors to globalization and market forces. We, and the rest of the world, have watched as the investment and trade regime introduced during those times raised economic growth, increased consumer choice, and reduced poverty significantly.

Shastri’s focus on food security resulted from India being on the edge of mass famine in the 1960s. Food aid imports from the US, on which the nation was dependent, were starting to affect India’s independence in foreign policy. That is when M.S. Swaminathan, a geneticist, intervened with high-yield wheat variety seeds, together with Norman Borlaug and other scientists, starting what became known as the Green Revolution. Today, Swaminathan supports guiding India toward sustainable development. He supports sustainable food security, biodiversity preservation, and environmentally friendly agriculture. The “evergreen revolution” is what he refers to.

Will this be an iconic century for India?

The reform pace continues at a fast pace with major reforms such as the introduction of the landmark Goods and Services Tax, the Insolvency and Bankruptcy Code, and Ease of Doing Business reforms, among many others, being introduced. All these promises to contribute to an ever-growing and ever-evolving economy and spur further economic growth. India@75 is the new milestone on which the country has set its sights, the year 2022 when it completes 75 years of Independence. The Indian growth story continues as it celebrates yet another glorious year as an independent nation.

Food for all: Independent India’s greatest accomplishment has been achieving “self-sufficiency” in food grains. India’s food output has changed, going from accepting food help in the 1950s and 1960s to becoming a net exporter. From 54.92 million tonnes in 1950 to 305.44 million tonnes in 2020–21, the world’s total food production increased.

Gross Domestic Product (GDP): At the time of Independence, India’s GDP was INR  2.7 lakh crore. It has grown to around INR 135.13 lakh crore after 74 years. According to Bank of America, India’s economy is currently the sixth largest in the world and is on track to overtake China by 2031 as the third largest. The GDP has grown ten times since the reform process started in 1991 (at constant prices), which is an undeniable truth.

Currency: In 1950–51, India had pitiful forex reserves of just INR 1,029 crore (in foreign currencies and other assets like gold). In actuality, the economic changes were sparked by India’s small foreign exchange reserves. In 1991, India had barely $1.2 billion in foreign exchange reserves, or enough to cover imports for three weeks. India today has the fifth-largest foreign reserves in the world, at INR 46.17 lakh crore, after the reform process started three decades ago.

Foreign Direct Investment: Foreign investment was scarce, if not nonexistent, under the “licence raj” India of pre-liberalization. The entire amount of foreign investment in India in 1948 was INR 256 crore. However, FDI has emerged as the keystone of India’s economic narrative after the liberalisation of 1991. India attracted a record amount of US$ 81.72 billion in foreign direct investment in 2020–21.

Transport: Before it gained independence, India already had one of the largest rail networks. The Indian Railways under Independent India have prioritised standardising all rail gauges, electrifying railway lines, and linking northeast India to the mainland. Additionally, the length of the railway line has increased by almost 14,000 kilometres, and by 2020, it will have a route of 67,956 kilometres. Over the past 75 years, roads have become much longer. According to government statistics, India had only 0.4 million kilometres of roads in 1950; by 2021, that number will have increased to 6.4 million kilometres. The overall length of roads has increased by 16 times, making India’s road network the second-largest in the world.

Among the G20 economies, India experienced the strongest recovery from the Covid-related depression. However, momentum is waning due to weaker external conditions, rising food and energy prices globally, and the tightening of monetary policy, per OECD reports. As India becomes one of Asia’s fastest-growing economies, the country is also at the helm of becoming a beacon of hope for the world as we race towards meeting sustainability goals.

Our nation has faced disruptions like no other. From a 200-year-old oppressive rule to a globally crippling health disaster, from facing the challenge of meeting the needs and rights of over a billion people to ensuring that the effects of a possible third world war do not hurt its global growth, India has risen into a resilient power. It is no doubt that in the next 25 years, India will proudly have a century of historic achievements in every sector across the globe.

RBI Raises Repo Rate: Will it be enough to tame inflation levels?