Almost all business leaders expected that the National Budget 2021 in some way or the other will shell out measures in the form of much-needed catalysts for boosting demand, curbing inflation and thereby reviving the economy.

What policies did the Budget 2021 entail to ensure financial recovery and spur economic growth in your sector? What other reforms should be thought about? 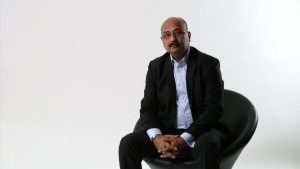 The Union Budget 2021 has proven to be the self-created ‘economic vaccine’ which will help the COVID-19 battered Indian economy to recover and bounce back to life with a new zest in the ‘new normal’.

Budget 2021, as I see it, has the required ingredients for making the Indian economy well-fortified in days to come. It has been planned to enhance infrastructure, push growth, raise corporate sentiment, and encourage a new private investment cycle. The budget is a step in the right direction, clearly providing every opportunity for our economy to gain the momentum it needs for sustainable growth. The budget is aimed at enabling public private partnerships and increasing government spends through infrastructural spends. Attracting long-term investors will be a force multiplier in generating employment and ensuring recovery in economic growth. Further, I believe that the IT (Information Technology) sector has a very important role to play in creating a robust research and innovation in ecosystem in India and measures for R&D (Research and Development) related initiatives would boost the same.

From an IT industry standpoint, it would be great if the government recognizes that services rendered by SEZ (Special Economic Zone) employees while working from home will be treated at par with services rendered from SEZ under Section 10AA of the IT Act. Also, clarification on whether units will be eligible to claim benefit of zero-rating benefit under GST (Goods and Services Tax) in case of purchase of assets and direct dispatch to employee’s place would be invaluable. These changes and clarifications would unshackle the IT industry and make it a centrepiece global engine to fire India’s dream of becoming a 5 trillion dollar economy.

Going into the next decade, smaller cities and towns are expected to be key consumption drivers. Do you agree with this outlook and if yes then what policy changes should the government make to ensure that organisations can keep rural India at the centre of its growth story?

The six pillars outlined under the Atmanirbhar Bharat budget are comprehensive and inclusive as they touch upon various aspects of health, development of human capital, infrastructure, and economic growth. The next phase of India’s growth story offers greater inclusion of rural India; while building a healthy and sustainable future for its citizens and cities, both, big and small. India’s new consumers are aspirational, technology-savvy and dispersed across urban and rural towns. Therefore, to ensure inclusive growth, we must connect Bharat to India and include rural India in our growth plan by making them more vibrant and self-sufficient.

We must support initiatives to ensure skilling rural India, while also providing financial inclusion and enabling more investments in tier 2 cities. This will help in bridging the urban-rural divide completely. It will create fertile conditions for growth enabling organisations to keep rural India at the centre of the growth story. The hunger, aspiration and innovation potential in small towns and villages is immense, and it is crucial to build a self-sustainable startup ecosystem which is relevant not only to an Atmanirbhar Bharat but to boost Atmanirbharta in our small towns and villages. It is critical that the government and industry continue to leverage critical broadband infrastructure and services to unlock the growth potential of villages and towns.

Promulgation of content in Indic languages is another area that the government should look into. I believe that the next phase of supercharged growth will come from ‘Bharat’ majorly rather than India. In order to ensure the right stage for this supercharged growth, regionalized content will play a huge role.

The government has been advocating ‘Ease of Doing Business,’ making India ‘Atmanirbhar’ by promoting ‘Make in India’ initiatives aggressively. What reforms should the government think of in order to drive consumption and improve consumer demand?

According to Reserve Bank of India (RBI), the economic shrinkage is over, and we will see GDP (Gross Domestic Product) growth in the next few quarters. With our government voraciously advocating ‘Make in India’ to become, ‘Atmanirbhar’, I strongly believe that improved consumer demand will eventually follow. My expectation from the government is to see reforms that drive consumption and improve consumer demand. Rationalisation of tax rates, both, for manufacturers as well as consumers would help in easing the supply-side challenges and boost discretionary spending. From a consumer perspective, reducing the tax burden would give more spending power to people, thus, reviving consumption. Consumption revival should be the immediate priority of our government and reforms which will put more disposable income in the hands of individuals and more investible surplus in the hands of corporates is the need of the hour. An economic stimulus with lower GST to encourage investments will also be beneficial and economic measures such as these, in the medium and long term, are crucial to double digits growth.

One of the most critical levers of generating long term sustainable demand, however, has to be an ‘innovation focus’ approach for doing business. Creation of new products and new technologies is a great demand driver for consumption. India’s R&D spend has been stagnant over the past 2 decades, but there is some hope, as private companies and state governments are getting better about spending on research. It is my belief that if the government restores the 200% weighted R&D deduction Section 35 (2AB) in the next 5 years, we will be able to boost R&D investment and generate long term economic value. Moreover, since manpower expenses form a large portion of the R&D expenditure, it is critical to include these for weighted deductions. Better focus on R&D is one of the important ways of improving demand generation in the country.

What kind of economic trends do you foresee for FY22 spread over quarters?

For now, we have a strong growth outlook for FY22 and some trends will dominate to help sustain this growth momentum. The Economic Survey projected a V-Shaped recovery due to mega vaccination drive, robust growth in the services sector and increase in consumption, government spending and investment. Prioritization of capex and infrastructure work announced in the Budget will translate into increased expenditure, enabling a stable tax environment and gradually moving for easing out the tax administration thus increasing transparency in the system. Enhanced infrastructure spend would be one more trend growing rapidly. Infrastructure activities will have a spillover effect on multiple areas, like job creation in the informal sector, which is extremely important, especially for the economically weaker sections.

I think it is a very exciting time for India, and I foresee great things happening, especially in the Science, Technology and Innovation front. The government has doubled down on using digital solutions in education and apprenticeship, both of which are crucial for helping the youth build solid foundations for their future. Digital in general, I believe will be a megatrend in itself, as businesses now more than ever, understand the criticality of key technologies like Cloud, Cyber Security, Automation etc.

We are seeing a strong business focus on 5G, which is key to fulfilling the potential of the Digital Stack and the India Stack. We are seeing strong 5G thrust in Western regions, but I am positive that India too will catch up with North America and Europe, this year itself.

How should India Inc reimagine its workforce productivity metrics?

Marketing: 3 trends that can shape your recovery strategy