A closer look at the alternative energy supply possibilities for European economies as they struggle to survive the war's catastrophic effects while profit margins are slashed.

Relooking at the future of energy in Europe and the world

A closer look at the alternative energy supply possibilities for European economies as they struggle to survive the war's catastrophic effects while profit margins are slashed.

If history has taught us anything is that wars create more issues and resolve much less. And, as the battle of the giants in the oil and gas industry ensues, the rest of the world watches patiently for the dust to settle. Yes, the world was not prepared for Russia’s declaration of war on Ukraine so soon after the outbreak. Everyone in the energy market sat up straight when word of the first skirmish in Ukraine reached them. As if the pandemic hadn’t already put a strain on the oil and gas supply chain, when the news of the Russian attack circulated throughout the world, the corridors of large corporate oil giants were abuzz with discussions on the future of oil supply. But, as Vladimir Putin’s minions attempt to spread destruction in Ukraine, its very clear that Russia has shot itself in the foot when it comes to the LNG market. Most definitely, the future of LNG might look very different from that predicted by experts last year.

LNG supply-demand saw continuous volatility, as several countries chose to switch from coal-to-gas to power key sectors and stay on its path to carbon neutral by 2060. Several experts reports that the path towards being carbon neutral by 2040 will increase the demand for LNG to go beyond 700 million tonnes which was predicted to be a 90% increase in its 2021 demand.

[box type=”shadow” align=”” class=”” width=””]Asia guzzles gas voraciously:
The LNG market outlook appeared positive in terms of a steady supply of LNG for countries seeking to achieve carbon neutrality. As several significant businesses in several countries continue on their path to becoming carbon-neutral, the impetus accelerated dramatically in 2021. Asian countries appear to be the greatest LNG consumers, with Japan, the top consumer, threatening to take urgent action if the situation worsened. Several Japanese firms have investments in Russia’s LNG plants, which have seen companies such as Exxon Mobil and Shell leave.[/box]

Europe scrambles to say no to gas

Europeans grumbled as the cost of living surged, from electricity bills to food, while petrol prices rose steeply. Traders, according to some analysts, have factored in the cost of sanctions on supply distribution. The war’s impact has been so severe that the price of gas is now nearly ten times what it was at the start of 2021. Yes, these are the pipelines that run across Ukraine and have been badly harmed by the conflict. As a result, firms are turning to ships to carry gas, among other options. Apart from establishing storage requirements, the European Union is hurrying to amass and put up a strategic gas reserves. As per the data on Energy Monitor, one can see that the upcoming power capacity is largely based on wind and solar across Europe in the previous year.

The conundrum faced by leaders

It is estimated that if Russian gas was completed shut off, the overall shortage of gas supplies would amount to 10 to 15%. Such a percentage is likely to impact businesses deeply. Currently, the sanctions are first to impact Russian banks, way before it impacts the energy transactions. And here in lies the conundrum for those leaders who are trying their level-best to reduce to the impact on economies. Where on the one hand, they are trying not to hurt the smooth supply of oil distribution, on the other hand, cutting off Russian banks, may impact energy purchases.

Renewables will match Europe’s capacity and demand in the long run, and this may only be a short-term effect. However, Russia is bearing the brunt of it right now, as the country’s financial system falls under the threat of more sanctions.

While Europe strives to wean itself from Russian gas, it must increase its self-sufficiency by cutting the cost of renewable energy and reaching its lofty climate goals. 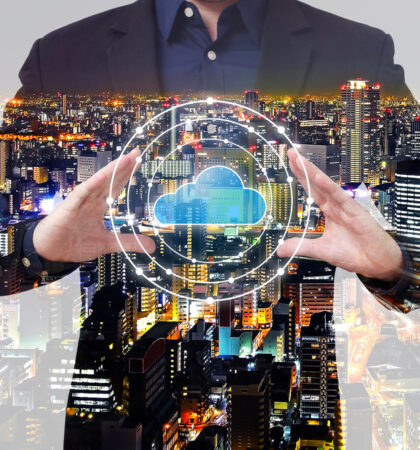