RBI Raises Repo Rate: Will it be enough to tame inflation levels? Geopolitical tensions are rising and crude oil prices among other commodities have been significantly affected.

An inflation crisis is brewing across the world, especially in developed countries:  Developed countries like the US are facing historically high inflation at 8.3 %. The situation is similar in the Eurozone where where inflation has increased to 8.1 percent from 7.4 percent. The current inflation in the Eurozone is four times higher than the 2 percent inflation comfort zone set by the European Central Bank. Rising geopolitical tensions are cause for much consternation and the nature of these events has had a direct impact on global inflation.

Recently, the US Federal Reserve increased interest rates by 75 basis points for the second straight month. While this was done to combat inflation in the US, the long term implications could be dire and has led to a weaker rupee in context to a weak global economic outlook in the near term.

The annual inflation rate in May globally, as measured by the consumer price index, was 8.6 percent, the highest level since 1981, according to the most recent report from the Bureau of Labor Statistics. Over the past year or so, other inflation indicators worldwide have also seen big spikes, though not nearly to the same degree as the CPI.

According to the PEW Research Centre, in 37 of the 44 countries that were singled out, the average annual inflation rate in the first quarter of this year was at least twice as high as it was in the same period in 2020, when COVID-19 was just starting to spread fatally. First-quarter inflation was more than four times higher in 16 countries than it had been two years earlier. (We used data from the Organization for Economic Cooperation and Development, a collection of generally democratic, economically industrialised nations, for this analysis. The data includes seven additional economically significant countries in addition to 37 of the 38 OECD members.)

Why did the RBI increase repo rates?

Consumer Price Index (CPI) inflation has been increasing domestically since October 2021, after reaching a low of 4.35 percent in September 2021. It exceeded the Reserve Bank of India’s (RBI) 6 percent comfort mark in January 2022 with an increase of 6.01 percent.

The RBI recently increased the repo rate by 50 basis points, or 0.50 percent, to 5.40 percent, as per news reports citing the deteriorating financial and economic situation around the world as well as domestic retail inflation that continues to be above the upper tolerance limit set by the central bank.

So, is the repo rate increase just a knee jerk reaction or a much needed correction?

A press statement by RBI Governor Shaktikanta Das states that the global economy is bearing the consequences of successive shocks due to tightening of financial conditions, a significant appreciation of the US dollar and lower growth across geographies that have led to a surge in inflation worldwide.

In the wake of the COVID-19 outbreak, the RBI reduced interest rates to all-time lows, joining other central banks around the globe. However, a spike in inflation, fuelled by supply-side problems brought on by the pandemic and Russia’s invasion of Ukraine, which increased the cost of oil and other commodities, has compelled the central banks to implement liquidity tightening measures.

Sharper interest rate increases by central banks around the world have in a way also pressed RBI’s hand. For the second consecutive month, the US Federal Reserve last week increased its overnight rate by 75 basis points, bringing its benchmark rate to a range of 2.25 to 2.5 percent. Recently, the Bank of England increased its interest rate by 50 basis points, the largest increase in 27 years.

There have been significant withdrawals of foreign institutional investors from emerging economies as a result of these rate hikes and the general economic unpredictability. Das noted that, as of August 3, India had experienced significant portfolio outflows totaling $13.3 billion in the current fiscal year.

So, how will the increased repo rates help in the Indian context?

When the interest rates are lower, as was the case in the immediate aftermath of the pandemic, public debt becomes and it becomes easier for the public to take more loans and this consequently leads to an increase in the supply of money in the economy. It leads to higher demand compared to supply.

When the repo rates are increased, public debt becomes more expensive and the supply of money in the economy is reduced thereby reducing inflation in the short term. As India is facing a challenge with steadily reducing foreign reserves and a weaker rupee, increasing the repo rates helps mitigate the impact on the national economy in the short-run. It makes India a less lucrative destination for the currency carry trade thereby reducing foreign exchange outflows and the possibility of prolonged inflation in the Indian context.

According to the RBI, domestic economic activity is showing signals of expansion. However, it pointed out that whereas urban demand appeared to be improving, rural demand remained inconsistent. It predicted that strong progress of the south-west monsoon would assist rural consumption, while urban consumption would benefit from demand for contact-intensive services, improved corporate performance, and rising consumer optimism. 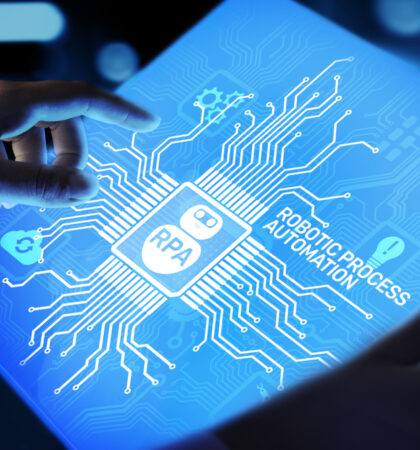