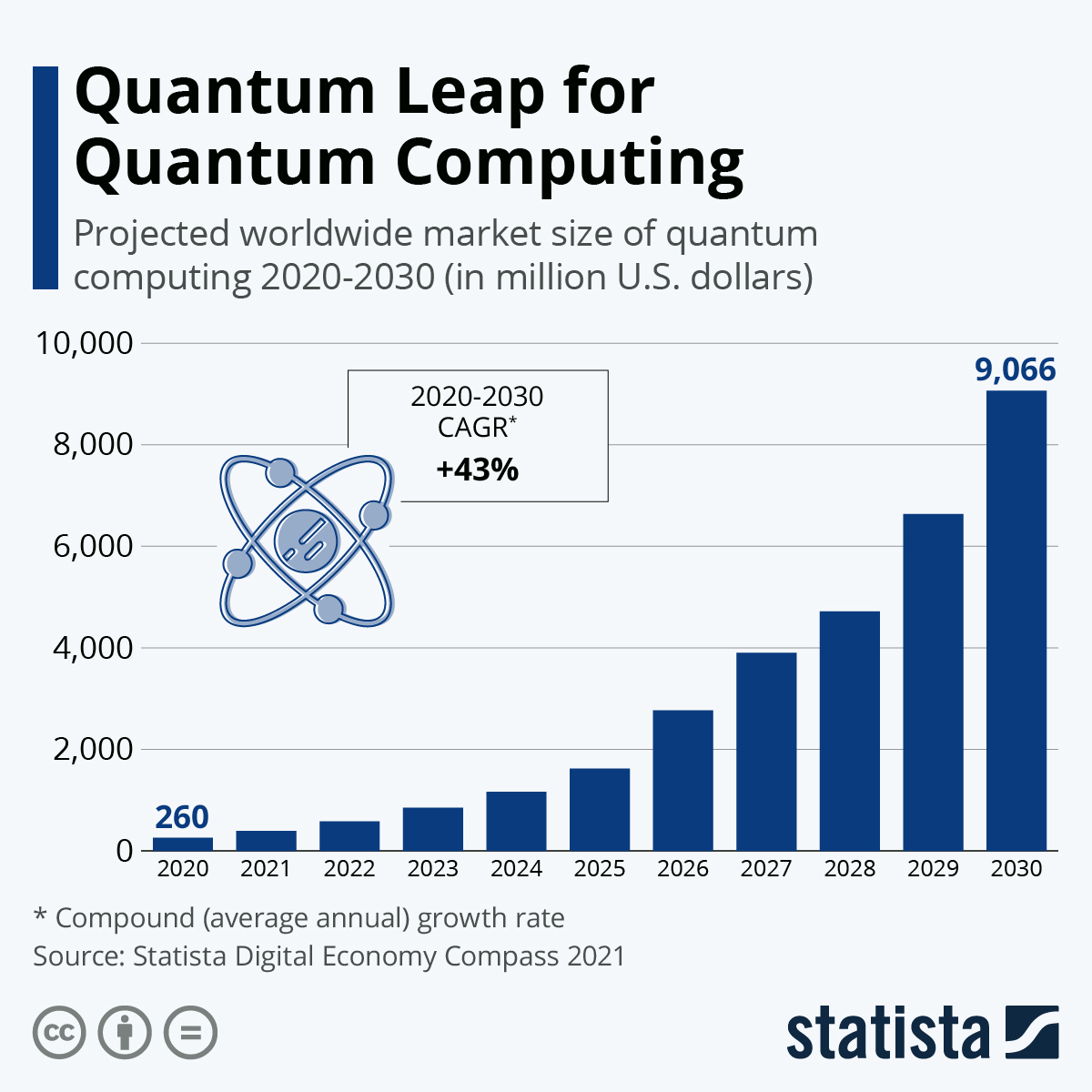 The graph with data from the Statista Digital Economy Compass shows, quantum computing market size is expected to grow majorly as the technology develops in the current decade.

IBM recently announced a 127-qubit chip, QuEra a MIT and Harvard start-up announced an even larger  256-qubit neutral atom quantum computer. Google’s Sycamore has announced its discovery  toward quantum error correction and is all set to build a quantum computer with 1 million qubits by 2029. While Honeywell Quantum Solutions and Cambridge Quantuu have come together and launched the new giant quantum computing company, “Quantinuum”

Researchers from the Indian Institute of Science (IISC), the Indian Space Research Organisation(ISRO) and Tata Institute of Fundamental Research, are working towards India’s national programme for Quantum-Enabled Science and Technology (QuEST), which includes quantum safe cryptography and quantum communication.

QuTech, a collaboration between the Delft University of Technology and the Netherlands Organisation for Applied Scientific Research (TNO), published their findings lately on a time crystal they had created with a quantum processor.

*This graph was first published on Statista www.statista.com