Could it be? The Oscars, usually the most sought-after award event on television, is fast losing its sheen. Today, the film industry is struggling to hold its place as an American zeitgeist and the Nielsen ratings for the  93rd Academy Awards are like a knockout punch to Hollywood ambitions: Viewership fell by 58 percent, from a dismal 23.6 million in 2020 to an appalling 9.85 million in 2021. 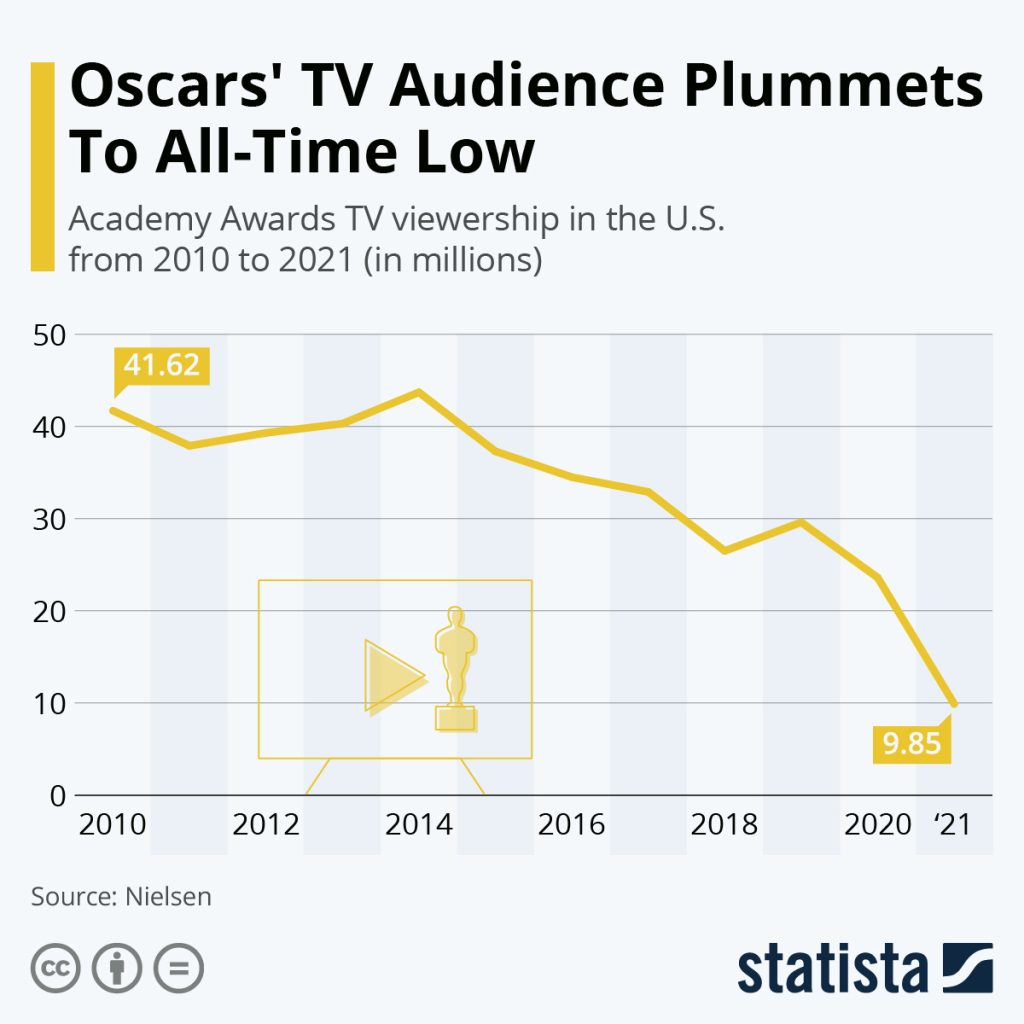 A little over a decade ago, the viewership was 40 million, indicating that the Oscars are set to become an anachronism if this trend continues. To put things into perspective, the academy awards garnered its biggest audience in 1998, with an average of 55.25 million viewers. It has failed to reach its former glory post 2010. The numbers decline has continued since 2018 where the Oscars has struggled to maintain an average of 30 million viewers in each subsequent year. It’s not just the Oscars though as other award shows too are failing to maintain their viewership ratings.

The numbers were nothing to write home about last year but no one expected such a precipitous decline in 2021 for the most sought after award show, the Oscars.  In 2020, the reasons cited for the decline was the preference for streaming services, a lack of diversity as the factors that have led to a waning interest in award shows. The pandemic has only acted as a catalyst for this decline.

Cinemas were shut across the world and still are in many regions, the blockbuster contenders were few, and the Oscars’ line-up for 2021 did not achieve the level of popularity or familiarity as its predecessors. Another critical factor is that the academy for the Oscars too anticipated a sharp ratings drop but perhaps not to this extent. Which is why, the format of the event itself was somewhat lacklustre: The pandemic compelled a move from Hollywood’s Dolby Theater to the Los Angeles Union Station. Despite these factors, there were expectations by some academy officials that the telecast would reach at least the 10 million mark.

A drab telecast has not done award shows across the world any favours either: Audiences have not resonated well with the ‘pandemic version’ of popular awards like the Golden Globes and the Grammys. Both events saw a 50 percent decline in TV viewership. Overall, the pandemic versions of award shows have been rather tepid affairs that most audiences would not bother with. 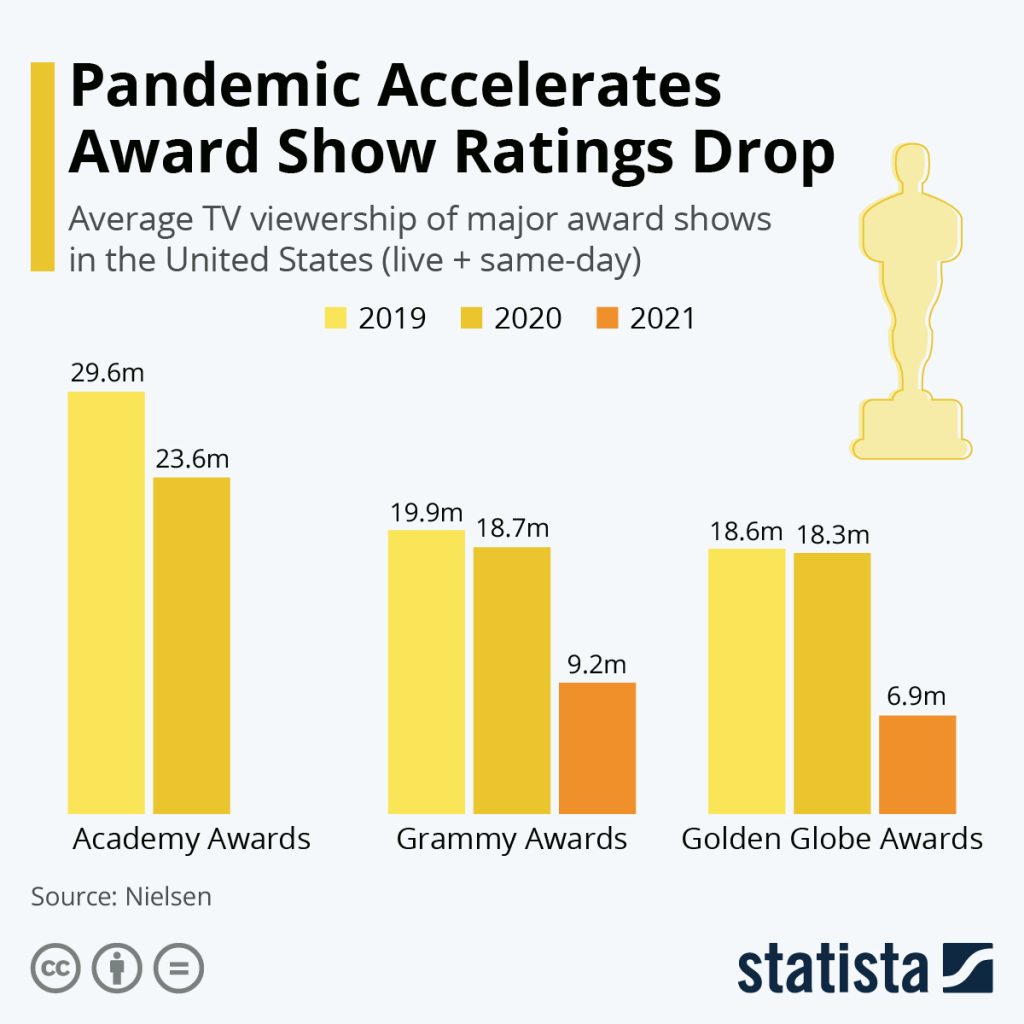 As per The New York Times,  when it comes to the worldwide  broadcasting rights for the Oscars, the academy stands to collect roughly $900 million for a 7 year period starting from 2021. The steep fall in TV viewership sets a bad precedent as the academy’s operations depend upon these funds. A pandemic induced temporary downturn for award showings, has become a consistent trend for many award shows across the world: The ratings declined has plagued other prominent award shows like the Screen Actors Guild Awards (down 52 percent) and even the Emmys, which hit a 3 decade low in average viewership ratings. It remains to be what the future impact of these trends would be for show organizers.

The entertainment industry has conventionally depended upon a live audience and in person showings to create an ostentatious spectacle on award nights. Much of that spectacle today is missing and consequently, the lure of many award shows is now diminished.

Individual habits have changed significantly during the pandemic. In many cases, the target audience was not well-versed with the film line-up for the Oscars as indicated by surveys, and this may have led to the fleeting interest in the event. This may just be a temporary pandemic-induced blip on the radar, and as and when things return to normal, award shows like the Oscars and the Golden Globes too would perhaps reach their former glory again.

The Media and Entertainment industry looks super-exciting in 2021

“Consumers’ attention is the cornerstone of building a successful brand”