There was just one twist: their visit and training took place in the metaverse.

The officers were able to supersede geographical boundaries and enter the Lyon premises via their digital avatars using virtual reality (VR) headsets.

Policing in the metaverse

When Mark Zuckerberg announced in October 2021 that Facebook would be called Meta, it brought the concept of the metaverse to the public’s attention.

According to a report released by McKinsey & Co. in mid this year, the combined annual global spending of businesses and consumers related to the metaverse could reach $5 trillion by 2030.

In another finding, research firm Gartner stated that by 2026, 25% of people will spend at least one hour a day in a metaverse for work, shopping, education, social media and/or entertainment.

According to the INTERPOL, “as the number of metaverse users grows and the technology further develops, the list of possible crimes will only expand to potentially include crimes against children, data theft, money laundering, financial fraud, counterfeiting, ransomware, phishing, and sexual assault and harassment.”

These estimates suggest that the (in)security of citizens and business will be affected. Criminals have already started to exploit the metaverse. To help make sense of the impact that metaverse and the technologies underpinning it may have on criminal activities, law enforcement agencies are getting ready to adapt and respond to new security needs of citizens.

Recently, UAE’s Ajman Police started to offer its services in the metaverse. Online avatars of police officers now respond to queries from the public. Officers were trained to use VR goggles and headsets. The Ajman Police smart application includes 70 different services and is available in seven languages: Arabic, English, Russian, German, Chinese, French, and Spanish.

Back home, the Kerala Police in September last month introduced the metaverse model of its Cyberdome, a technological research and development Centre of Kerala Police Department. Anyone from anywhere can now interact with Cyberdome officials using the internet and VR headsets.

Engage to keep crimes in check

Being in active conversation with the main actors developing the metaverse platforms is essential, as it allows both sides to get a better understanding to help make the platform a safe place and adapt legislation and law enforcement to the challenge.

Concepts such as VR police training and augmented reality (AR)-based crime scene investigation are some of the tools that may direct how law enforcement would work in the metaverse.

As the metaverse evolves, governments/agencies around the world will come up with specialized rules and regulations to keep metaverse-related crimes in check.

“By identifying these risks from the outset, we can work with stakeholders to shape the necessary governance frameworks and cut off future criminal markets before they are fully formed,” said Madan Oberoi, INTERPOL’s Executive Director of Technology and Innovation. “Only by having these conversations now can we build an effective response.” 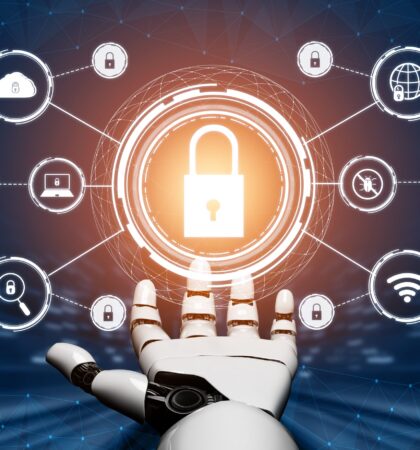