Medical nanobots could usher in a golden age of advanced healthcare Medical nanobots could usher in a golden age of advanced healthcare

A post-human world where tiny nanorobots transverse our bloodstream could be a boon for the human race.  Not only could these nanobots could enable you to connect seamlessly with technological appliances with a mere thought but resolve some critical challenges such as aging and disease. If done right, it could be less like the Borg from Star Trek and more like ushering in a golden age of science and technology.

This technology isn’t an aspect of the near future either and is already available: According to a recent media report, scientists have created nanobots that can be injected using a standard hypodermic syringe. The nanobots are minuscule working robots that can resist hostile surroundings and walk. A single 4-inch silicon composite wafer can manufacture a million robots, each of which has a length of 70 microns at present, or roughly the breadth of a fine human hair.

The nanobots are solar-powered at this stage of their development but that energy source places restrictions on how deeply they can be inserted into tissue. The solar energy need would be a significant barrier to the direct drug delivery of future nanoscale robots like those created by Miskin and his colleagues to wounds or tumours. How could nanobots impact our lives and what are the current use cases? Let’s take a closer look based on labiotech.

How do they work?

Most medications rely on the movement of bodily fluids to travel throughout the body after being administered or consumed. However, some diseases may be challenging to adequately treat with the conventional medication route.  The blood vessels that make up the circulatory system’s highway system are the greatest means to get to various sections of the body. However, the nanobots’ journey won’t be simple. There are a large number of freely moving cells as well as other substances in the blood that may impede their motion.

Thus researchers are working on novel solutions to address this problem like microrollers that can navigate blood vessels by using a magnetic field and stick to the inner walls of blood vessels. Magnetic materials are use to coat one side of the microrollers and move them across the body to the other side with antibodies to recognize tumor cells.

For the robots, each component of our body poses a different set of difficulties. The colons of a mouse and a pig were successfully navigated by a biorobot by a research team at Purdue University. The magnetic field that guided the rotating robot was armed with a polymer coating that prevents the payload from damaging neighbouring organs before it reaches its intended target.

The most widely used method of guiding nanobots to their destinations is magnetic force. For scientists working in this sector, MagnebotiX, an ETH Zurich spin-off, creates magnetic field generators and micromagnetic agents.

Conceptually,  nano sized intelligent machines are the perfect foil for tricky conditions such as cancer. Animal tests using DNA robots to locate and eliminate cancer cells have already been conducted. These DNA strands can travel through the circulation and inject blood-thinning medication into the blood arteries surrounding tumours, cutting off their blood supply.

These tiny robots may revolutionise cancer treatment and other cell research if human trials are successful. However, there are still many obstacles to be cleared before injected nanorobots can outperform present kinds of therapy. Drugs could be delivered to tumours that are ordinarily difficult to treat using tiny nanoscale robots and vehicles that can travel through blood arteries to reach the site of a disease.

With conventional approaches to medicine, the challenge is that drugs depend on the movement of bodily fluids to find their way around the body.  Nanoparticles are “10 times smaller than red blood cells and there is no way to manage them if you utilise passive particles.”

Scientists today are working on creating nanobots that can assess critical cancer biomarkers event at low concentration levels precisely. This could not only help treat cancer but enable the early detection of various types of cancer at an initial stage which current methods of diagnosis cannot quite accomplish.

Researchers are examining the effectiveness of DNA robots in eliminating cancer cells. Researchers have successfully used DNA strands to direct the delivery of blood-clotting medications to tumours, cutting off their blood supply and halting growth.

Numerous recent research have emphasised how nanobots may one day be used to deliver drugs. The recent findings are encouraging, indicating that nanobots may soon be utilised in people to deliver medications more effectively and precisely. The negative side effects of the present treatments may be lessened with this more effective delivery.

Recent in vitro tests with nanobots were conducted by a team of scientists, who used optical microscopy and Positron Emission Tomography to observe their motions (PET). All of these developments are indicative that nanotechnology is still in an early stage but it is having far reaching implications for healthcare outcomes. It is establishing itself as the answer to some of the most pressing healthcare problems and could help treat conditions before a more severe onset, such as in cancer. It could also help repair damaged tissue, help replicate the immune system in those with conditions like leukemia and finally resolve some of the long standing challenges pertaining to aging.

Nanotechnology presents a premise where human beings could make the initial foray into becoming a post human race as it promises a near seamless blend of man and machine to shape outcomes.

Modernization is the priority for every organization today, irrespective of sector

Going beyond regular care: Improving patient recovery is the key 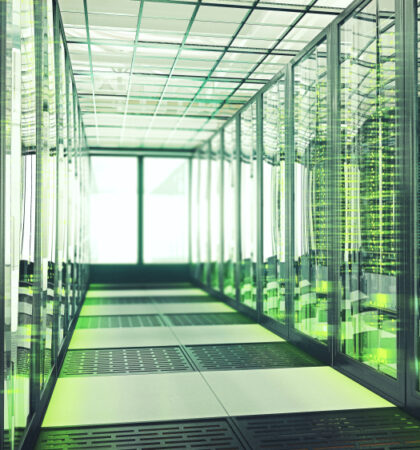