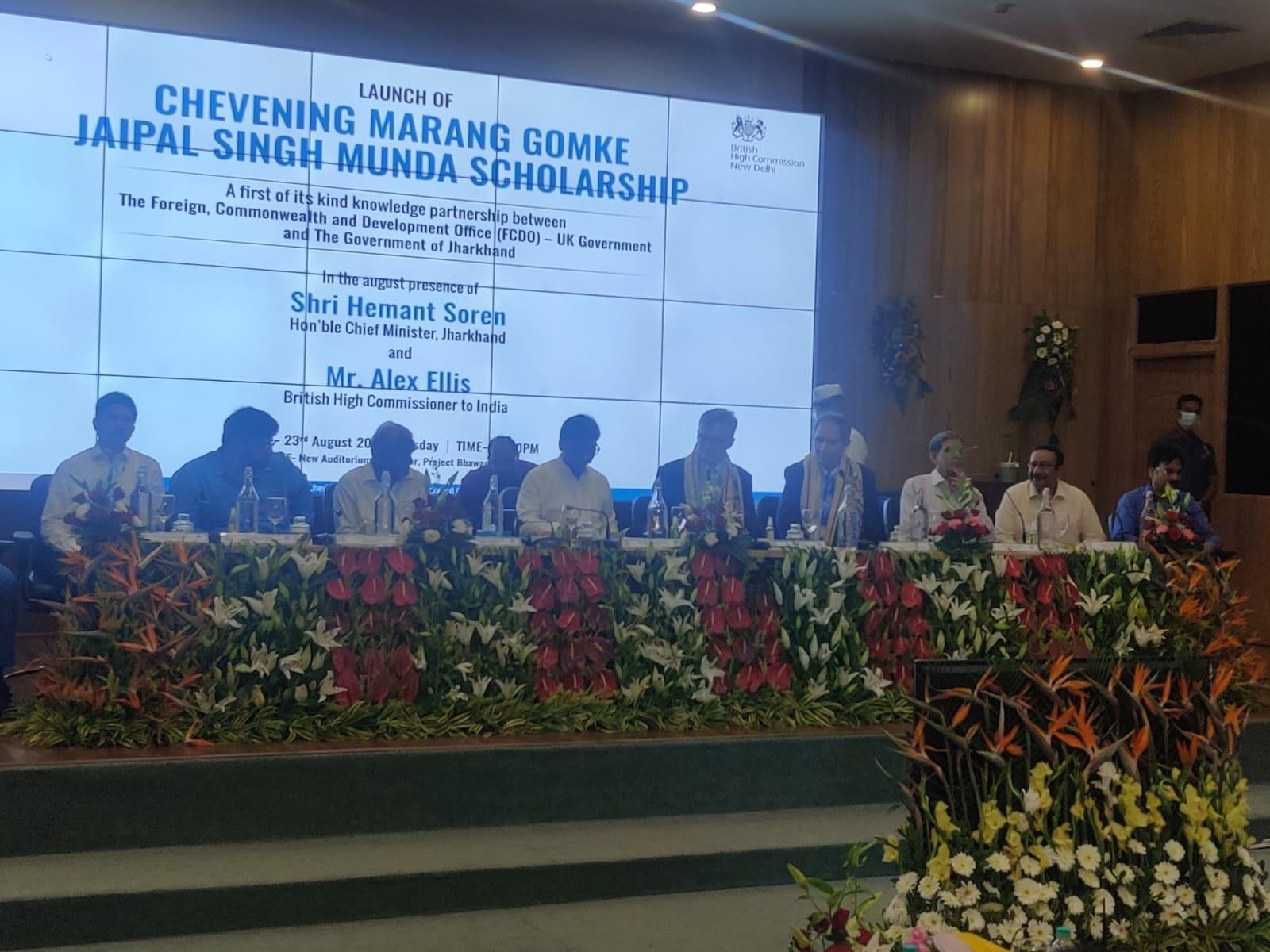 The Government of Jharkhand, in 2021, launched a revolutionary scheme in the area of education of tribal students – The Marang Gomke Jaipal Singh Munda Overseas Scholarship, named in the honour of a tribal revolutionary, a hockey legend and also a member of the Constituent Assembly of India. The scholarship aims to send students to the UK and Northern Ireland for higher studies, where all awardees of the scholarship are entitled to a complete coverage of tuition fees along with living and other miscellaneous expenses.

The scholarship scheme, only in its second year of implementation, has brought about a radical change in the lives of 26 students. The Government of Jharkhand recently signed a Memorandum of Understanding with the British High Commission, for further expansion of the scheme – as a first of its kind knowledge partnership between The Foreign, Commonwealth and Development Office with the prestigious Chevening Scholarship and the state government.

According to Census 2011, the literacy rate of Jharkhand, particularly tribals, is below the national average. Clearly, more work needs to be done as far as education among tribals is concerned.

The launch of the Marang Gomke Jaipal Singh Munda Overseas Scholarship scheme aims to bridge the gap in education among tribals with other communities and provide the much-needed push to elevate the status of the tribal communities in the overall scheme of things.

During the scheme’s implementation process, I had the pleasure of meeting and interacting with students from different backgrounds who had faced various challenges in their journeys. Following are some of the inspiring stories I came across:

The above examples are not just of students studying in reputed institutions in UK, but also represent the aspirations of underprivileged sections of the society finally seeing light at the end the tunnel.

Besides this scheme, the Government of Jharkhand also aims to launch coaching classes for aspirants of IIT-JEE and NEET from the Scheduled Tribes community. The free-of-cost coaching and allied scheme will help tribal students in achieving their dream of studying in IITs and reputed medical institutions.

The Government has also launched a scheme for UPSC aspirants from the Scheduled Tribes community, which provides a monetary reward of Rs. 1 lakh to graduate students who have cleared the Preliminary phase of the examination conducted by UPSC, for further preparation.

There is no doubt that the quality and orientation of education in Jharkhand needs to be improved so that the tribal students do not have problem in competing with others or tribals of other regions. Education among tribes has been a major driving force for their empowerment and well-being, and hence, needs to be properly linked with its backward and forward bearings. The launch of the Marang Gomke Overseas Scholarship scheme aims to fulfil the same and has proved to be a watershed moment for transformation of education among tribals, and along with coaching schemes for competitive examinations, will guide the community towards a better future.

What is ‘nature positive’ in fashion and why is it key to sustainable fashion?

Threat actors are on the rise, strategies on protecting need to be well-defined