As a large developing economy with over 1.3 billion people, India’s climate adaptation and mitigation ambitions are not just metamorphic for India but for the complete planet. Green finance investments will play a critical role in enhancing the efforts strongly and sustainably.

In the past few years, India has displayed a strong obligation toward global goals, after the adoption of Sustainable Development Goals (SDG) in the year 2015. Since then, it has made significant advancements in encouraging, advocating, and implementing climate-neutral and innovative programs as well as policies to achieve its commitment.

NITI Aayog, the government think-thank introduced the SDG India Index in 2018, a baseline report, which comprehensively documents and monitors the progress made by the Indian States and Union Territories (UTs) on a set of 62 National Indicators, as well as measures the outcomes of the interventions and schemes initiated by the Government of India toward implementing the 2030 SDG targets.

The scale of transformation in India is stunning. The country aims to reach net zero emissions by 2070 and to meet 50 percent of its electricity requirements from renewable energy sources by 2030 is an immensely significant moment for the global fight against climate change.

“We at IFC, want to make a commitment where we aim to work with all businesses from the sectors and help them channel climate investment throughout the life of the project.”

Being predominantly a consumer of coal (thermal energy) for meeting its power demands in the past. The country has turned its focus on increasing the contribution of renewable sources over the past few years with its policy aimed at facilitating traditional and new-age generation companies (GENCOS) and distribution companies (DISCOMS) to make the most of the green energy around. This advancement is also looked upon as a critical step toward addressing the burning issue of climate change, mitigating it, and turning net-zero emitter.

As a large developing economy with over 1.3 billion people, India’s climate adaptation and mitigation ambitions are not just transformational for India but the complete planet.

Ang mentioned that there are many ways to look at India’s climate story to date. I have selected a few of them to look at it. To begin with, in the next two decades, the global power mix will see an increase of 25 percent coming from clean energy especially renewables.

So, when we look at India’s story, the country with a massive population and energy demand, coal will remain an integral part of the country’s energy mix despite phenomenal advancements in renewables and ambitious targets around the same, Ang added.

The imminent threat of climate change will need collective efforts:

Climate change is being powered by the release of greenhouse gas emissions and those emissions are coming from every sector of the global economy namely Electricity, manufacturing, transportation, agriculture, and industrial processes.

Over the years, industrial development saw an upward trend which necessitated and ensured the rise of ancillary sectors. This progress came at the cost of climate degradation which the world is now talking about and trying to mitigate in recent years.

In the case of India, the govt. of India launched National Action Plan on Climate Change in the year 2008 outlining eight National Missions on climate change. These include:

Hector Gomez Ang considers that India has evolved over the years and set an ambitious climate target. The progress is visible in its efforts to achieve those targets. The Indian prime minister had unveiled an ambitious climate action vision with five elements at COP26 – taking non-fossil energy capacity to 500 GW by 2030, meeting 50 percent of energy requirements from renewable energy by 2030, reducing total projected carbon emissions by one billion tonnes by 2030, reducing the carbon intensity of economy to less than 45 percent by 2030, and achieving the target of “net zero” by 2070. These massive targets are pinpoints that will lead to equal financing needs.

As per International Finance Corporation (IFC) ‘Getting India to Net Zero’ report estimates, these targets will call for an investment to the tune of $10 trillion by 2070 which itself is a mammoth target.

For catalyzing climate finance for sustainable development, we need to do four things i.e.

Last year, IFC has backed projects worth $7.6 billion which makes up for 35 percent of our total sectoral financings globally. Most of these financed projects are aimed at or have the aspect of climate change mitigation and being viable sustainably via green operational practices.

Hector Gomez Ang contends that for India as a country, there is a need for all stakeholders to work with a pre-determined mindset toward climate mitigation. In every development activity, there must be the aspect of giving back to nature in a sustainable way. Each sector must adopt sustainable practices.

We at IFC, want to make a commitment where we aim to work with all businesses from the sectors and help them channel climate investment throughout the life of the project., he added.

“We are extremely confident that India will lead the way in climate mitigation through its efforts in prioritizing the development of the green economy.“ 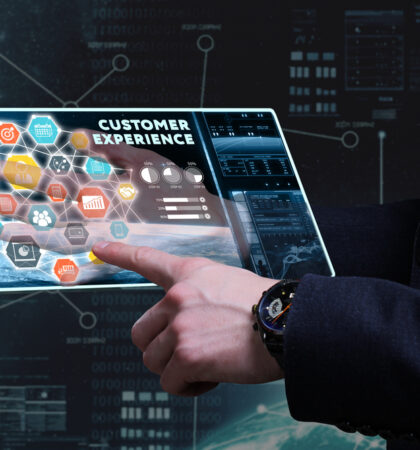