In 2019, Nirmala Sitharaman’s budget had given the manufacturing sector plenty to be happy about. A plan for a $5-trillion economy by 2024 with a focus on revitalizing the sector, had stepped up momentum on “Make In India”. But between then now, much has happened that was unanticipated – the NBFC crisis, the slowdown and the global pandemic.

For the manufacturing sector – domestic demand, expensive credit, cash-strapped MSMEs, high cost of setting up, and automation are the big areas of concern. Industry veterans suggest that the only way to revive demand is for the government to keep to its spending targets and streamline policies and processes.

The public-private partnership and focus on smart cities, focus on industrial corridors and GST implementation have brought tremendous gain.

“Structurally, many things have improved with GST. Waiting times for trucks has reduced and asset utilization has increased. If earlier, a shipment would take 14 days to reach, it’s now reaching in 9 days for us,” says Ravi Raghavan, MD, Bharat Fritz Werner.

Despite a close to 20% decline in the auto sector,  companies such as Schaeffler and NBC Bearings, have managed to safeguard their topline to a large extent. Both firms credit this to their balanced approach, in supplying to the auto and industrial sector. Industrial turbines, wind energy, and railways have helped sustain demand. These firms are geared up for Industry 4.0, and are catering to the demands of buyers who are already complying with Bharat VI norms. Consulting firm Roland Berger, which works with many firms in the auto sector says there are two things auto manufacturers are doing at the moment – one, evaluating opportunities in the electrification of vehicles, and two, for the traditional car segments tightening operations and reducing costs.

[box type=”success” align=”” class=”” width=””]Harsha Kadam, MD, Schaeffler India says, “We’ve continued to increase local plants and equip them with modern machinery. This is working because it is in line with the Indian government’s policy. They’re discouraging the import of technology and heavy equipment through higher taxes giving a clear indication to companies that India needs to be a hub for high quality manufacturing and technology. Due to our focus on this and our ability to be agile, we’ve successfully contained the ill effects of the slowdown and have had a promising quarter.”[/box]

Due to the geopolitical risk that China now poses due to its frayed trade relations with the US in addition to recent issues caused by the spread of Coronavirus; international firms are increasingly looking at India as an alternative. However, the gap between consideration and implementation needs to be bridged by more incentives.

[tie_slide] Expert Opinion |“In the electronics sector, we have the talent and capabilities. We can definitely be globally competitive in this segment. What we need from the government is more clarity on what level of indigenization is rewarded. While the government has provided a direction and shown intent, at the final stages of production, there is always a question of make vs buy; that needs to be fleshed out so there is no discrepancy,” says Saumitra Sehgal, Managing Partner, Roland Berger India.[/tie_slide]

[tie_slide] Expert Opinion | While India has moved up considerably in the “Ease of Doing Business” ranking, there are issues related to liquidity and scale that the government needs to address. Shekar Viswanathan, Vice Chairman & Whole-time Director at Toyota Kirloskar Motor, says, “Government borrowing is extremely high, which is why interest payments make up one of the largest components of government spending. This is pushing up rates for the private sector, which is why credit is becoming more expensive for the manufacturing sector. As a solution, I think, firms must become more equity oriented. Another way to boost the MSME segment is to ensure that payment cycles are short and manageable. Part of the reason why countries like Japan have so many successful manufacturers is that people are focused on product quality, not on the uncertainty of receiving payments.” [/tie_slide]

[tie_slide] Expert Opinion | Another issue that plagues the sector is the high cost of setting-up. “In India, the cost of the land for a manufacturing set-up is extremely high even when compared to advanced countries. One ends up spending as much as 30% of one’s budget on it even though it is not a productive asset. This takes away from what you could spend on machinery and automation. We have already lost the battle on high volume, low price to China. What we need now, is a focus on R&D and some way for the government to enforce that,” says Ravi Raghavan. [/tie_slide] [/tie_slideshow]

The bearings market which is estimated to be Rs.12k crore does get heavily impacted due to a slowdown in sectors like auto. Rohit Saboo, President & CEO, NBC Bearings which is part of the CK Birla Group says, “We have a long term strategy which we are sticking with. Our recent acquisitions in the international and domestic markets have also been aligned with that. India is now expected to play at a global scale.We need to deliver quality products at competitive prices, but if you look carefully you’ll realize that we do not have a level playing field as compared to competing countries. Other countries have various incentives which add up to many multiples of the incentives that our government provides. Also, if you look at the way credit is handled for smaller firms, you’ll realize that they have to provide many times the amount they are borrowing, as security. This should actually change.”

On the auto front, one of the ways players have decided to cope with the challenges of lower customer acceptance for EVs, is by creating a local manufacturing eco-system for EV parts and  focusing on all electrified technologies including hybrid electric vehicles. Toyota Kirloskar believes that hybrids help achieve national objectives of fuel savings, reducing pollution and are complementary for faster and non-disruptive transition to an electrified future.

[box type=”success” align=”” class=”” width=””]Another demand from the manufacturing sector is for a vehicle scrappage policy. “It would be counter-intuitive to have BSVI rolled out and have 15 year old vehicles using that fuel. I understand that a policy with regard to scrapping old vehicles may be met with a backlash, but the government will have to handle it by agreeing to pay part of the lifetime tax collected on the vehicle,” says Shekar Viswanathan[/box]

For the government to stick to its $4 trillion economy plan, it needs a 21% CAGR, which means – growth needs to double. In addition to making demand for clearer policy and road maps, ET-ILC CEOs are focusing on skill development, R&D, and technology – all of which they believe will increase future productivity immensely and make the goal for “Make in India” a reality.

Time to get Smart: Indian Manufacturers Need to Evolve to Meet New Challenges 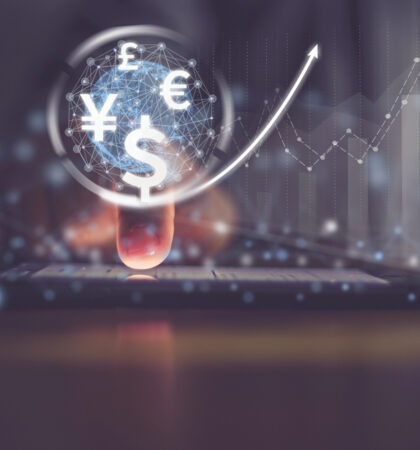