While there may have been an economic slowdown, there has been no loss of emphasis on boosting revenue via fiscal and non-fiscal measures. The Stock Market recognizes that the policy environment in India is dedicated to lifting the share of profits in the GDP. The Reserve Bank of India (RBI) is also focusing on balancing growth and inflation with greater risk-taking ability. The Prime Minister is encouraging states to keep their economies open while also steering the vaccination drive. The stand is for equal emphasis on economic recovery as on healthcare.

“The Government has already made a start! A case in point is the Parliament passing the National Commission for Allied and Healthcare Professionals Bill 2021”, says Anandram Narasimhan, Managing Director, Merck Specialties Pvt Ltd. He further states, “The Indian healthcare sector generated nearly USD 200 billion last year. India is training healthcare professionals in unprecedented numbers to meet these demands. Addressing India’s infrastructure shortfall will require targeted investment; not only to mitigate the effects of the pandemic, but over the long term.”

According to the World Investment Report, 2020 of the United Nations Conference on Trade and Development (UNCTAD), India jumped from 12th spot in 2018 to 9th spot in 2019 on the list of global top 20 recipients of foreign direct investment (FDI). Google announced on July 13, 2020, that it would invest nearly USD 10 billion for developing digital infrastructure and funding innovations in India over the next five to seven years. The Public Investment Fund of Saudi Arabia announced on June 18, 2020, an investment of USD 1.5 billion in Jio Platforms for a 2.32 percent stake. Perhaps it is these factors that have made economists reluctant to completely negate the possibility of India achieving its USD 5 trillion economy target. The consensus seems to be that the target has not been revised, but instead that we, as a nation, need to push for it. 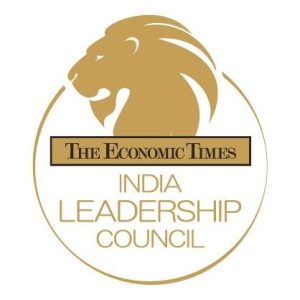 Alexander Reisch, Managing Director, IPM India Wholesale Trading Private Limited, (country affiliate of Philip Morris International), states, “As a resilient flourishing economy, I believe that India will certainly survive, revive and eventually thrive. Agreeably, as per the esteemed RBI, India’s economy has stood relatively stronger in the second wave as compared to the first of the pandemic. Economic recovery is directly linked to public health recovery, today. The government’s commitment to vaccination, combined with the efforts of Corporate India, in inoculating citizens on priority, is what will aid this rebound. Businesses should draw upon learnings from last year and keep moving with compassion, empathy, agility, and innovation; the best they can. I believe that a combination of various measures such as infrastructure development, adoption of digitization and technology, well-equipped manufacturing will help us get back on the saddle and achieve our target of becoming a USD 5 trillion economy.”

According to Karthik Annapragada, Co-Founder & Partner, Consark Advisory Services, “The twin engines of India’s young talent and democratic structure are the cornerstones of her USD 5 trillion economy plan. Strong economies are fuelled by big consumption stories, and India’s demographic composition is well equipped to deliver this – the key is making money available in the hands of the people. Ease of credit should be the next mantra.”

India is looking to strengthen its entire ecosystem with rapid reforms. The Budget has laid emphasis on infrastructure spending, monetisation of assets, capital expenditure, raising allocation for healthcare capacity building, and development of agriculture infrastructure, among others, which are expected to have a multiplier effect on the economy. The Government has provided a sum of Rs 20,000 crore to capitalise the Development Financial Institution (DFI) and the ambition is to have a lending portfolio of at least Rs 5 lakh crore for this DFI in three years time.

A “National Monetization Pipeline” of potential Brownfield infrastructure assets will be launched and an Asset Monetization dashboard will also be created for tracking the progress and to provide visibility to investors. The Government has also rolled out strategic schemes such as Make in India and Performance Linked Incentive (PLI), for India to emerge as an efficient and resilient manufacturing hub. All these initiatives are aimed not only at reviving the economy, but also at revving it up.

Sumit Sood, Managing Director, GlobalLogic, APAC is of the opinion that, “While India has done a fabulous job of working in silos (Green revolution/ White revolution/ IT revolution), bringing together our thought leadership into a cohesive 360-degree plan, would do wonders for India. Driving environment-friendly consumption needs to be part of the national strategy.”

Ajay Kapur, CEO, Aluminium & Power and Managing Director – Commercial, Vedanta Ltd said, “India’s vision of becoming a USD 5 trillion economy rests on its potential to leverage its natural resources to boost domestic industry and be a global manufacturing hub. The country is blessed with natural advantage of abundant reserves of coal and bauxite and has the world’s 2nd largest aluminium industry. The key lies in utilizing our resources for domestic value-addition, import substitution and contributing towards wealth creation and jobs within the country. The Government’s measures to enhance ease of doing business should also focus on enhancing our global competitiveness and creating preference for domestic industry.”

India’s prowess lies in that digitization has amped up, with businesses and industries embracing exponential technologies to deliver competent, optimized, and leaner outcomes. India’s key strength also lies in having a large labour force. The Government has been investing in skill development, and when businesses and industries partner in this initiative with self-steps such as upskilling and re-skilling their workforce, India could become the thriving centre of talent. With 5G networks slowly becoming a reality, it also ushers in a time of inventive connectivity and advances across sectors such as telemedicine, telelearning, entertainment and e-commerce. With the playing field gradually getting levelled, the focus across enterprises, SMBs, and start-ups should be on creating and delivering innovation with a self-confident, self-starter attitude.

The philosophy behind Aatmanirbhar Bharat is essentially to dare to do. To recoup any lost momentum with speed, skill, and scale. That is the pace India should set for itself to become a global economic powerhouse. The idea is to not only keep in mind the number of USD 5 trillion but reinforce the real meaning behind it, which is all-round development of the nation and its people.

Together we can do great things – Kiran Bedi’s Mantra

5 Books for Women Leaders to ace their businesses

The Future of Hybrid Work

5 new books to enhance your leadership skills in 2021