Recursive systems – What is it that makes a picture “big”?

An interesting and significant aspect of systems is the fact that often systems contain other systems. Larger systems are often constituted by other systems that work in a synchronized manner within the constraints arising out of being a part of a larger system. Strikingly, all the characteristics enumerated for systems, obtain at these various levels also. In nature too, we find this commonality which is described as ‘recursion’, that is to say that at different levels morphological similarities exist facilitating, thereby, common solutions across levels. Elucidating further consider a city system for a large metropolis like Delhi, Mumbai, or Kolkata that houses millions of citizens engaged in myriad professions with all concomitants thereof. Such a city system would be managed by a urban authority that oversees roads, housing, health services, education, industrial belt/park and so on. Each of these is a constituent system of the containing city system. These work in tandem, collectively delivering to its denizens the services required by them.

Elucidating further, consider that a city system would have a constituent transport system — a case of a system within a system. This sub-system derives its legitimacy and its raison d etre from the containing system – in this case the city system. The transport system needs to cater to the specific requirements of the city’s geography, its population mix, economic activity, climate, and so on. For instance, a city that has special geographical constraint like having a narrow strip with water on either side may have a particular contour of the transport system while another city that has several water bodies going through it could utilize this fact for intra-city travel/commute. Similarly, if one were to consider a city that houses storage depots and warehouses for businesses of neighboring areas then the transport system has to accommodate this requirement. Again, a city that is a tourist attraction requires a transport system that is suitably tailored to the needs of tourists.

As mentioned earlier these constituent systems work in tandem to ensure that the enveloping system can function. The transport system needs necessarily work with the road system, the water ways system, rail system, the real estate and housing system, the vehicle manufacturing system, licensing system, driver’s training, traffic management and so on. Each of these plays a vital role in the city system as they work with each other. Often several elements are common between containing system and these provide excellent leverage points for influencing the performance of the overall system. A road system that ensures proper designs and maintenance of roads in the city would impact not only the transport system but the very economics of the city, the housing and industrial areas, traffic safety and so on. Similarly, a good traffic management system will ensure smooth operation of the transport system including road safety and avert unnecessary wastage of travel time arising from traffic jams. Addressing issues that affect functioning of such elements, that are common across sub-systems and even systems, gives higher returns since several sub-systems now function better improving, thereby, operation of the containing system – in this case the city system.

There is one more aspect of such functioning and that is its integrated operation. The containing system operates and delivers as a single united entity. The constituent systems work in tandem to achieve this unity and this is, in some ways, the most important aspect of systems. It is not just a collection of systems/elements but a unified whole, whose reaction to a stimulus is consistent and consequent upon its own internal logic. It is for this reason that attempting any change without taking into consideration the working of the whole system often results in failure or at least an outcome that was not envisaged in the first place. This brings us to an interesting point. All of us, at some time or the other, been exhorted to “see the big picture”, but if my experience is not unique, no one has told us what is this big picture and how we get there.

WHAT IS THE “BIG PICTURE”

With the knowledge presented above we now begin to see what the big picture is. If, for instance, we are planning activities or strategy for an entity and we do so while ignoring the larger system of which the entity under question is a part of, we may be setting ourselves up for failure and hence the necessity to consider the “big picture”. It is evident that the big picture is the containing system that we need to keep in mind while working on any entity. Take another example; say that we need to assess performance of any system; the first step is to take a close look at the big picture and evaluate how well the system under scrutiny is performing in the context of the big picture. The system’s role in the context of the big picture is what gives it legitimacy and that is the first level of assessment. If this first round of the assessment is satisfactory only then do we scrutinise the stand-alone performance of the entity. If the element or entity or subsystem under study is found to be unable to serve the containing system adequately the second round of scrutiny is futile. In both cases the need to consider the big picture is paramount.

In this article we have delved into cases where we observe recursive systems that is systems contained in other larger systems, both exhibiting same and complete characteristics of systems. Additionally, both are unified entities that function as one whole entity. Any attempt to effect any changes within such a system is fraught with risks because the internal relationship of the system gets affected and thereby alter the way of functioning of the system. Such a situation results in outcomes contrary to expectations. A second point discussed is about the concept of ‘big picture’. While the muses have often asked us to consider the big picture no one has given clarity on what it actually is. Here we have briefly discussed this concept with the interesting conclusion that it is not the bigness but the completeness of the picture that makes it the big picture and is equivalent to the containing system. In the next few articles we shall dwell upon characteristics of systems which, when properly understood and utilized, will facilitate its own management.

Prashun has around 35 years of varied corporate experience, former CIO at Reliance Infrastructure and Tata Power, an Electrical Engineer and a fellow in Management of the IIM(C). He is well known for his contribution to the electric utility sector where the systems implemented by him at RInfra and Tata Power have been adopted throughout the country. He is now a freelancing consultant to corporates.

The Price of Not Knowing : How Dark Data Can Be the X-Factor in Analytics 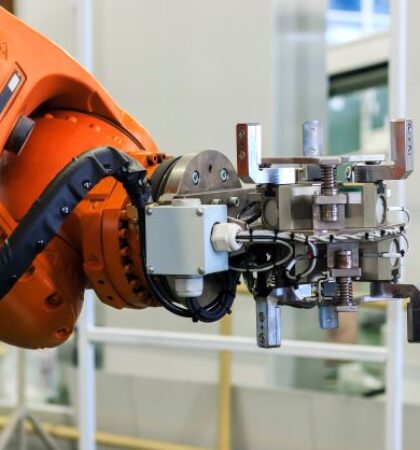